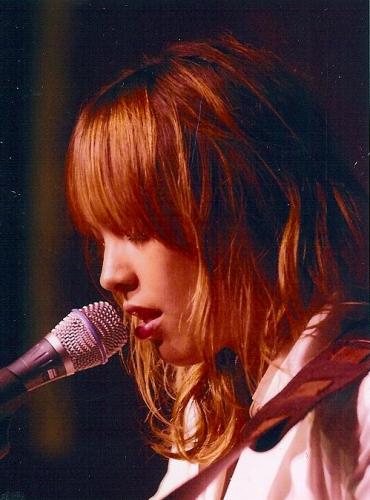 Another great singer/songwriter to check out: Kate Earl

I got an e-mail last week assuring me that I would love this singer/songwriter Kate Earl, mentioning names like Lily Allen, Feist and Cat Power (two of the three I really enjoy, and that ain't bad). When I went to her MySpace page to check her out, she reminded me of someone who splits the difference between Allen and Regina Spektor (two of my very favorite artists). I liked what I heard.

The last time I thought that about an artist, it was Kate Nash, whose song "Foundations" was a catchy, pop number, but I haven't listened to her once intentionally since seeing her play those songs live at the beginning of last year in one of the most dull live shows I've ever seen. Earl will fill that void nicely (although Allen put out a record a few months ago that will very likely be near the top of my annual top 10 list and Spektor has an album coming out in less than three weeks).

Kate Earl is a songwriter from LA, via Alaska. She released a little-heard LP in 2005 and has an EP forthcoming next week called Introducing Kate Earl. It is streaming on her website, but I've been hooked on the single "Melody", which has a strong, but not overpowering, harmony. You can listen to it below: