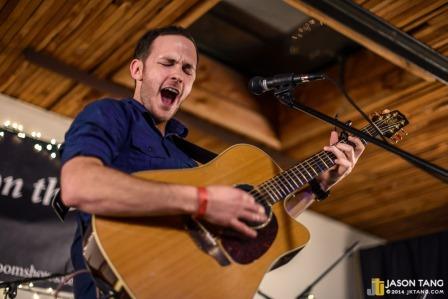 Are you on the Seattle Living Room Shows list yet?

You know how in the movies all the beautiful people go to secret shows in lofts and warehouses where you can only get in if you’re on the list? And it’s always some band you’ve never heard of but when you watch the movie years later you’re like “Oh my god! Those guys are famous now!” Well, it turns out that actually happens in real life, and all you have to do to be one of the beautiful people is sign up for an email list.

Since 2008, sisters Carrie and Kristen Watt have been organizing Seattle Living Room Shows. Every month they put together a show in an unconventional space – often a real living room. You only find out the location and sometimes the final lineup after you buy your tickets. But the coolest thing about the Living Room Shows is that they’re not about being cool. They are about providing the best live listening experience possible.

Okay, that totally sounded like marketing copy, but everything about the shows is designed to get fans up close and personal with really great music. They get artists like Lemolo and Damien Jurado to play in lofts and galleries to a few dozen people. While the Quietus bemoans 2013 as the year the gig-talkers won, SLRS are providing intimate listening room experiences for people who actually want to hear the music. The only talking during the show is between the performers and the audience. I’ve only been to two of them so far, but SLRS are quickly becoming my favorite way to see live music. 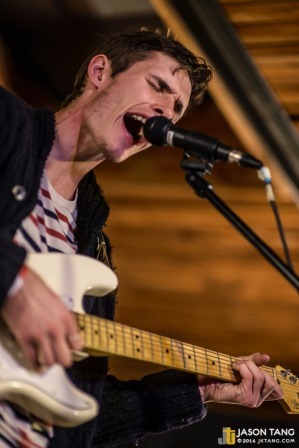 For example, for their first show of 2014, the fabulous Watts booked a private loft on Capitol Hill. There couldn’t have been many more than 50 people there. Since it was literally someone’s living room, there wasn’t a stage, just a space filled with musicians' gear where Mark Ward started out the evening with his personable, folky, one-man show. He was followed by Bellingham’s The Learning Team, whose sound is something like a thoughtful Vampire Weekend with cello on top. The headliners were You Me & Apollo, up from Fort Collins, Colorado. These guys dug their hooks into me at Doe Bay last summer and I’ve been borderline obsessive about them since. If you haven’t tasted their classic-rock/soul/country/blues gumbo yet, don’t despair – they make it up here pretty regularly. Their living room show literally shook the floor. 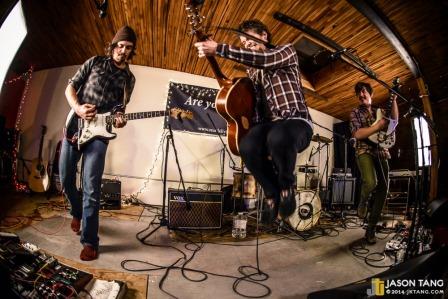 The Living Room Shows don’t stop at bringing great artists and music lovers together, though. They also partner with the Melodic Caring Project, a local nonprofit that live streams concerts to the hospital rooms of kids and teens battling serious illnesses. So yeah, you can see a band and make life better for sick kids. 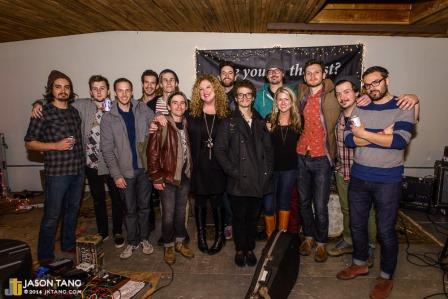