Gong Gong Gong kicked off the night with a set of unassuming, almost southern tinged, galloping rock. The Beijing based duo traded riffing melodies back and forth on their instruments, and I was surprised to see a hollowbody guitar used mainly for percussive elements. It totally worked for them but I desperately wanted another musician to pop into the fold at times. They definitely kept me entranced though, and during their last song they rocked at some sort of vibrational level that made my little toe hurt! 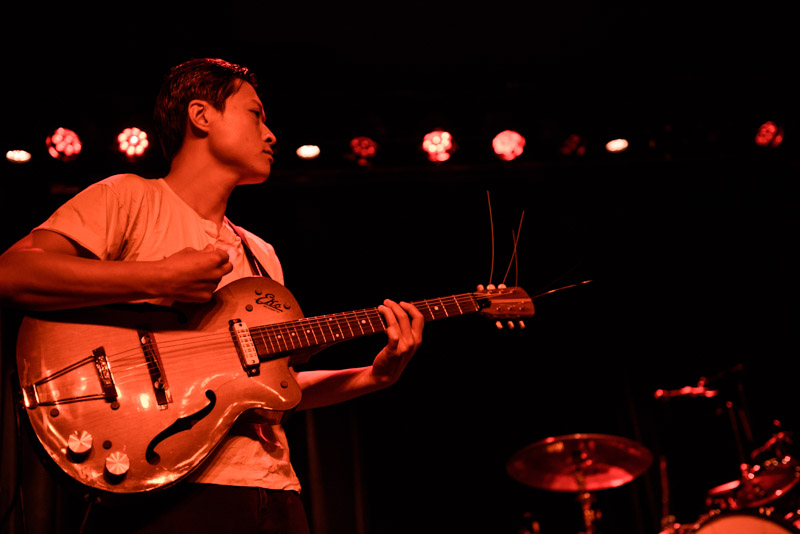 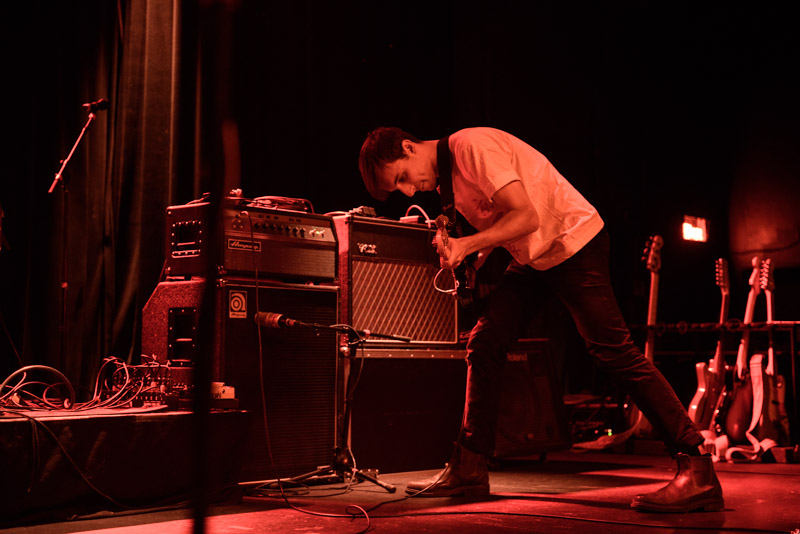 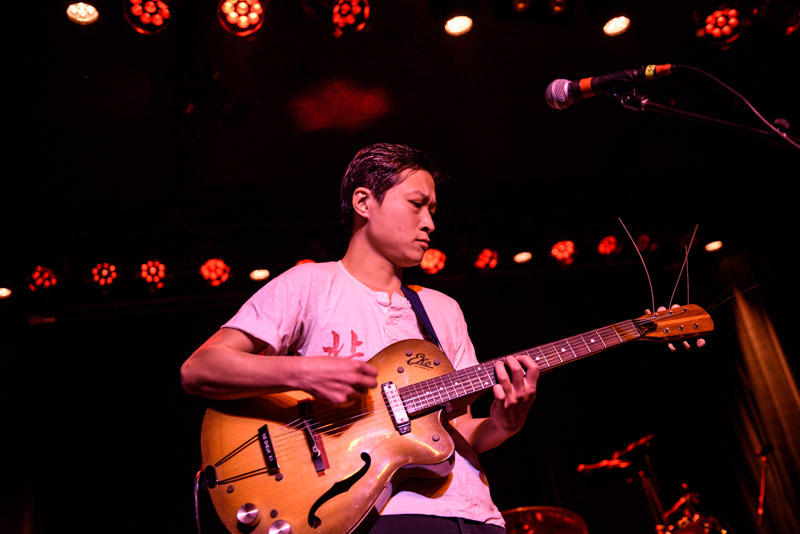 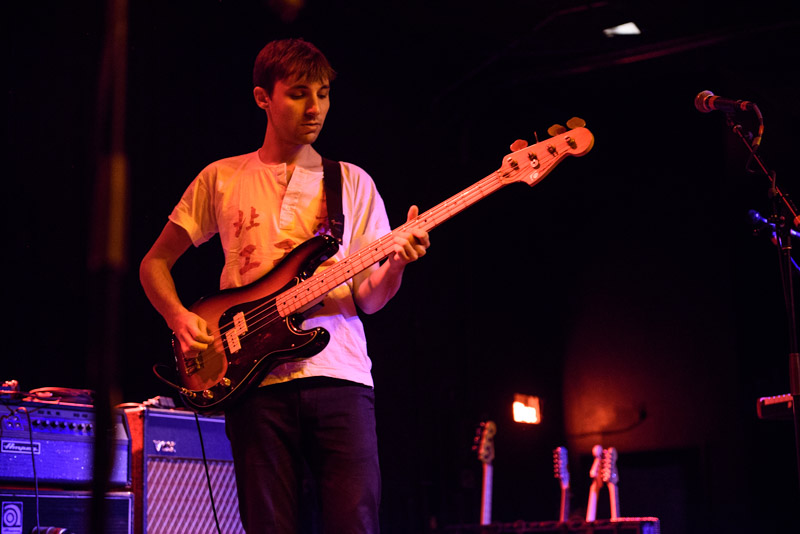 What else would I like to say about this show? Uh, Seattle is losing it’s MIND over Parquet Courts. I ran into pretty much everyone I knew there. Word had gotten out about their new record “Wide Awake,” and quite a few folks in the crowd told me they had only recently heard about the band. They opened with stellar hit Total Football, and before long I was jostled in every single direction possible. The crowd was rocking out in 4D! People were trying to crowd surf and mosh. They were singing their little hearts out along with the band. It was awesome. HELLO SEATTLE, can we have more of this please??? You’d think there were zombies in the audience at most shows these days. 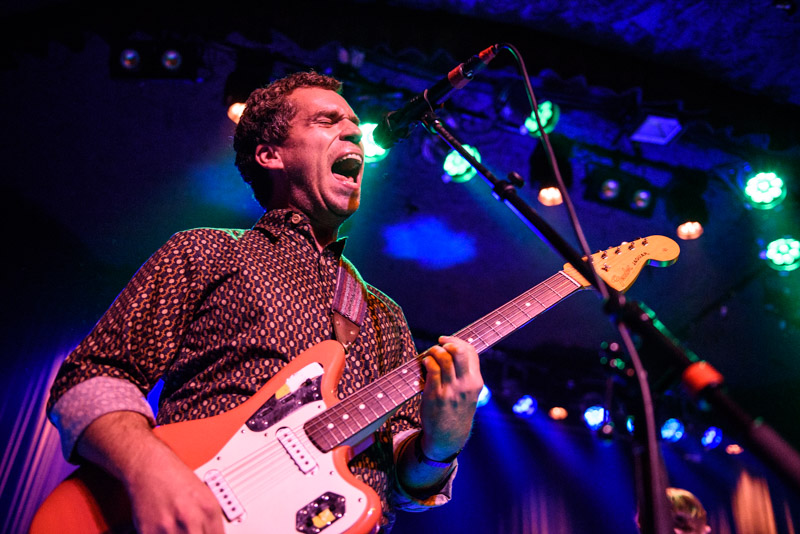 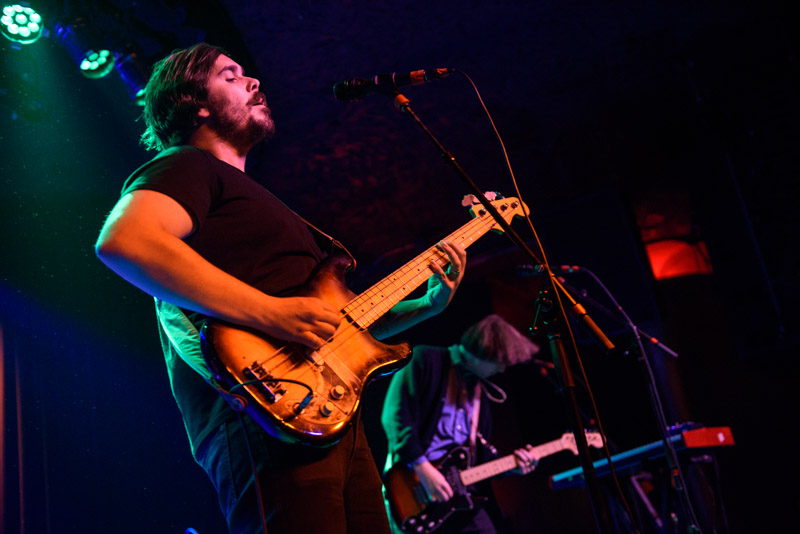 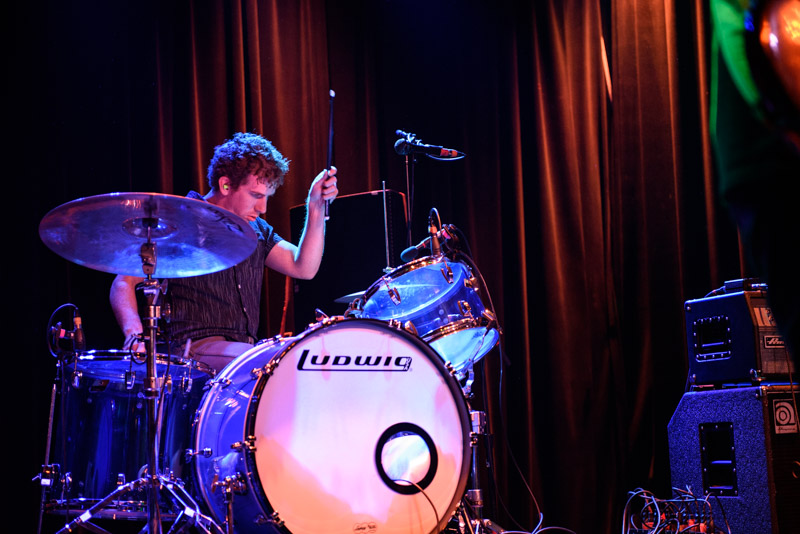 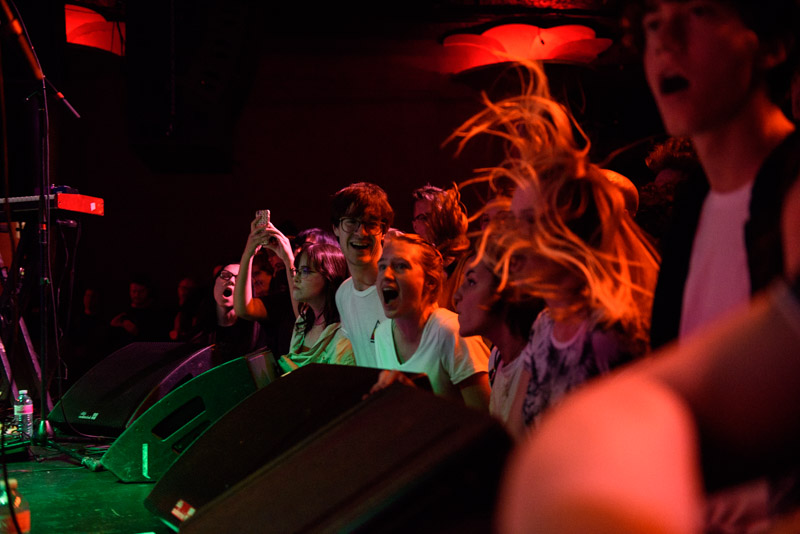 When they started into title track Wide Awake, the ENTIRE VENUE shook its collective ass. I don’t know how anyone could possibly stand still while listening to that song though. It’s physically impossible. Even grandmas would dance to that song. AND BABIES. It’s rare to see a set where you smile through every single track and those Parquet Courts boys did it AGAIN! They put on one hell of a punk show and I simply cannot stop listening to their record. Do not miss your chance to see them the next time they roll through town. 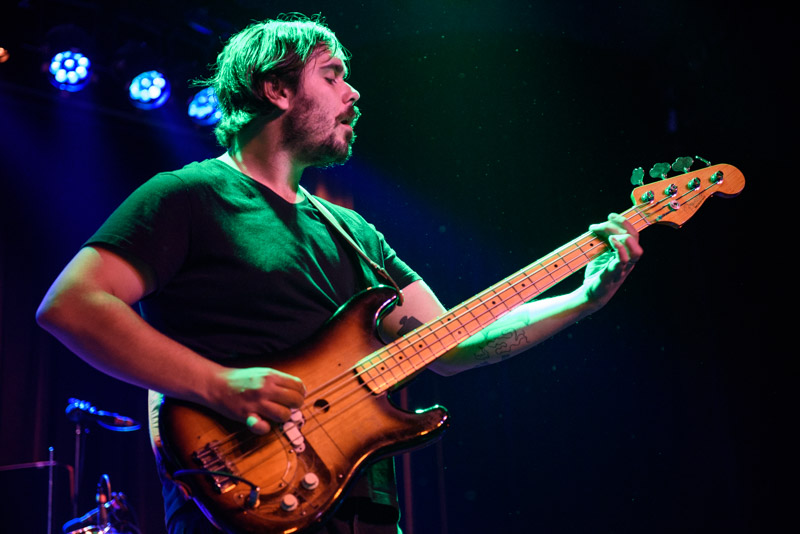 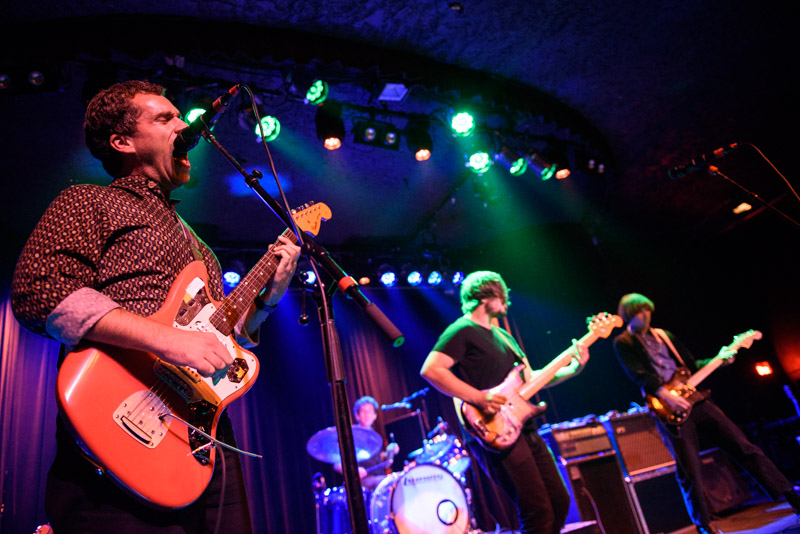 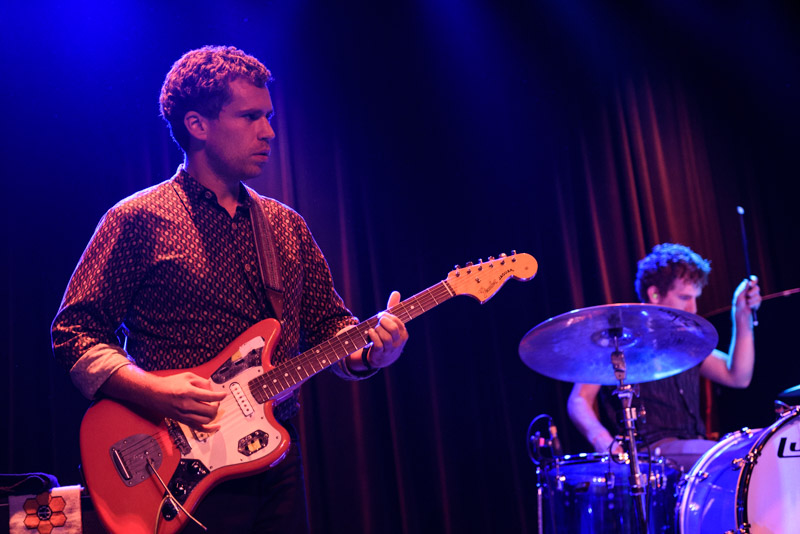 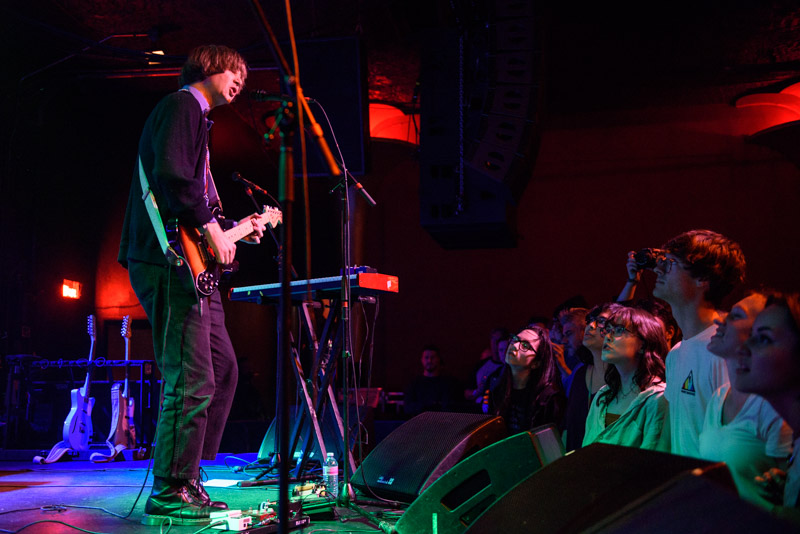 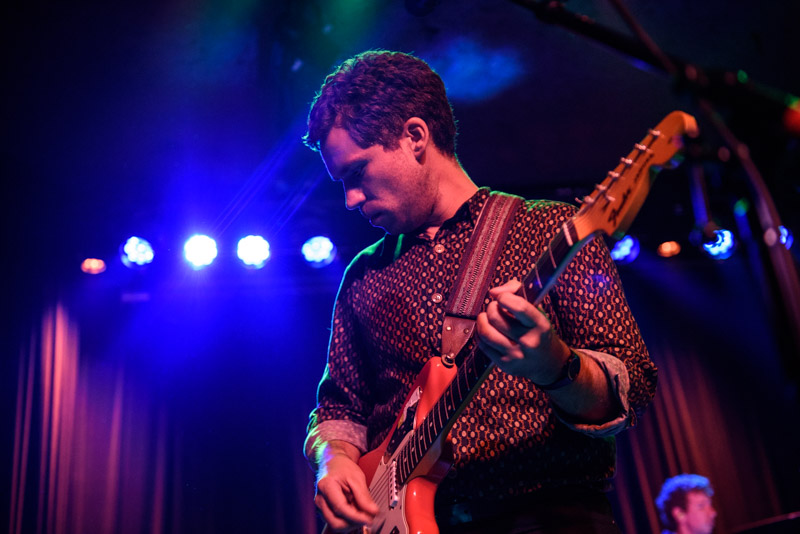 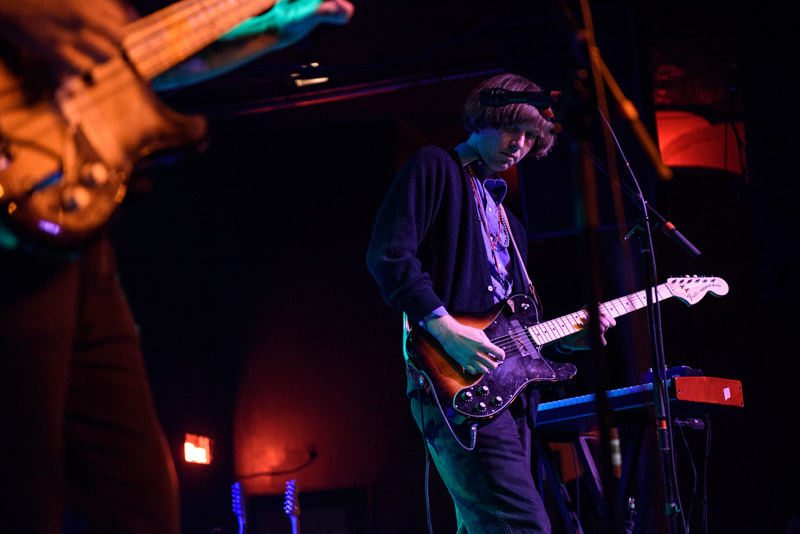 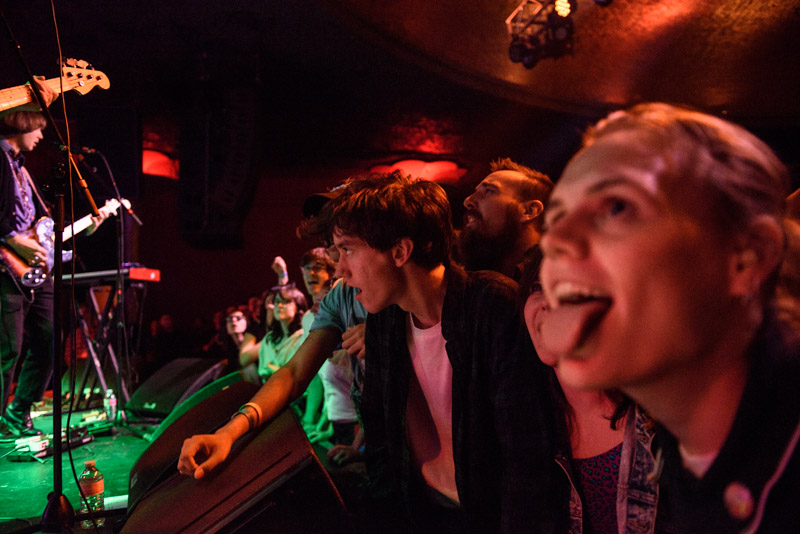 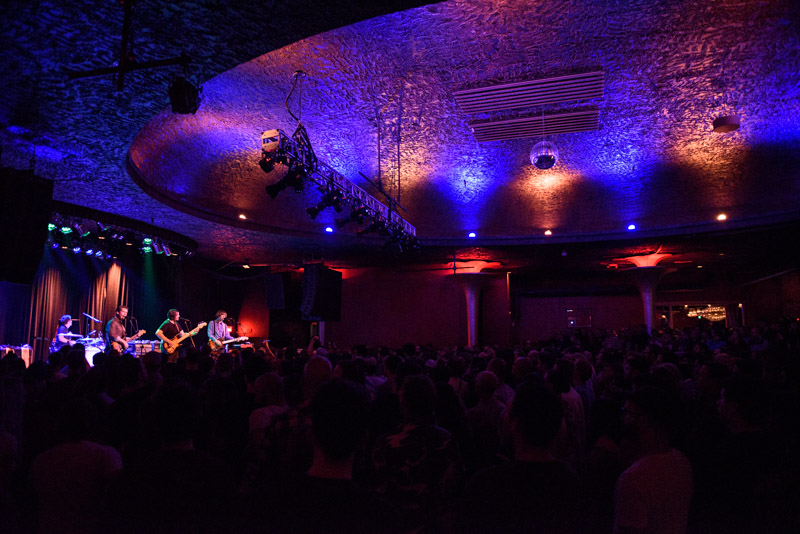 We are so excited to hear new songs from post punkers Parquet Courts live! Parquet Courts will be at the Showbox this Sunday {September 23} with Gong Gong Gong opening – and it’s ALL AGES! {tickets}

Their latest record Wide Awake is definitely one of our favorite records of 2018. The title track is one of the catchiest songs on the planet right now. And who doesn’t love yelling “And Fuck Tom Brady” at the end of Total Football.

Have you been itching for more post punk in your life? Do you love Lou Reed and Television? Then you’ve gotta get to this show. Parquet Courts are one of those few bands who have successfully re-invented an old sound without sounding like total cop outs. Check out a couple more of their fantastic tracks below.

Side note – “Human Performance” may be the first music video to star even creepier looking puppets than Genesis’ “Land of Confusion,” which is doubly hilarious since this video was directed by an artist named Phil Collins.