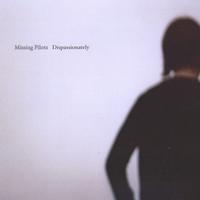 So last night I decided to flip back through Songbook by Nick Hornby. Those of you familiar with the book know that I pretty much nicked the idea of writing about particular songs from this book, although Nick has an easier time because he writes about the songs he wants to as opposed to my self-imposed randomness clause. However, I did notice one thing in the book while rereading that reminded me of why I do all this music writing in the first place. Hornby comes out and says the reason he writes books, stories and such, and I think he meant the reason he writes about music in particular, is because he can’t write songs. No talent for it. I think that is the same that goes for me. All this chatter about people being pretentious and indie-than-thou, lording over the world of music listeners is really all bollocks, because really, when you get down to it, the reason I write about music is that it is the closest I can come to being a musician. I try not to be jealous of musicians (on the whole), I really feel that I don’t slam acts because I know I can’t be one, but rather I can pretend like I am part of the art rather than just a passive listener. And I like it, most of the time, it allows me to really pay attention to what I listen to and what is being created out in the vast universe of rock. That being said, if I could trade it all in for a wayback machine, a Stratocaster and the acumen to write a great rock riff, I’d do it in a second but alas, Doc Brown doesn’t allow those sorts of shenanigans.

In that same vein, Nick Hornby goes out of his way in the beginning of Songbook to mention that it is impossible for him to have something to say about every song he likes, even some of his favorites, and I have alluded to this idea too. Today is a perfect example of a good song, “Astronomical Apologist” by Missing Pilots, that I really have nothing insightful to offer. I could go on about how it follows in the tradition of Galaxie 500, Acetone or the Velvet Underground but really, that’s not what I think about the song but instead just data about the song. So, instead, I won’t say much beyond that I wish sometimes that I could write songs like this, deep and richly textured, atmospheric and beautiful, rather than just having to write about them.