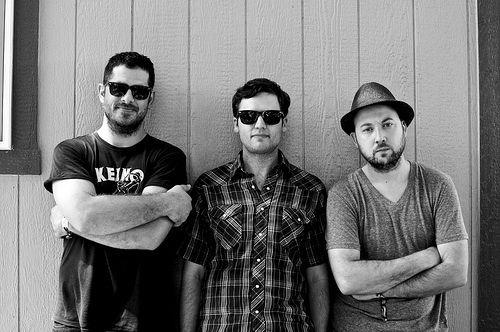 {This is part two of our photo-coverage from the 2011 Austin City Limits festival — check out part one here!}

The second half of this year's trip to Zilker Park was even better than the first, as ACL's chock-ful-o' bands and radness vibe kept on strong. Strains of Wanda Jackson and Cee Lo filtered through the late-day dusk as we crowded under the Vista Equity stage tent to catch a few songs (and a glimpse) of Gillian Welch. And was it ever worth fighting the crowd — that sparse, stripped-away version of "Ohio" was absolutely one of the high points of our Saturday!

The night blew us away with huge sets from TV on the Radio, My Morning Jacket, and Stevie Wonder — and in what felt like moments later we were back in the morning for more. Yellow Ostrich, Mariachi El Bronx, Dale Earnhardt Jr. Jr.,  The Head and the Heart, the Walkmen, Broken Social Scene, and Joseph Arthur filled our sweltering Sunday with amazement — but the two best sets of the day {and the weekend, IOHO} went to Elbow and We Are Augustines. Hands-down, no contest.

Here's a few shots from between the raindrops! 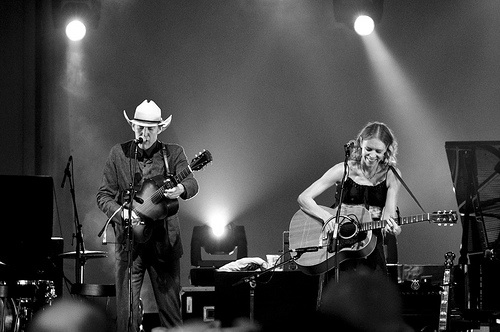 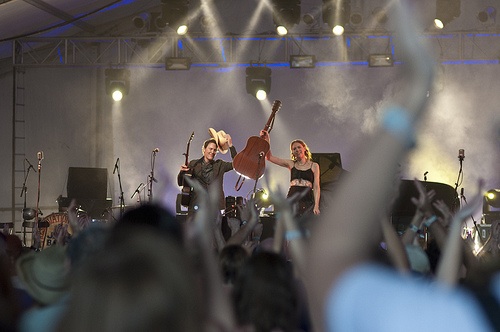 Yellow Ostrich starting up our Sunday: 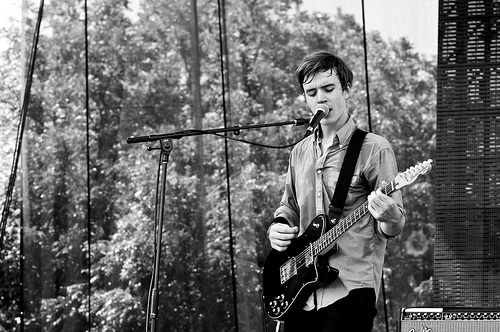 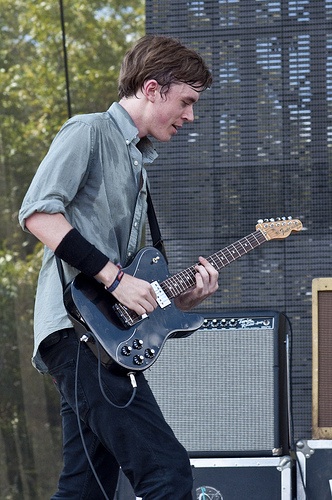 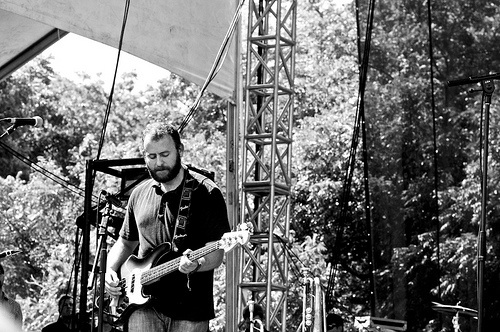 The Head and the Heart, who literally amassed every single person who was at the festival at that moment to their stage with a spot-on performance — it was crazy! 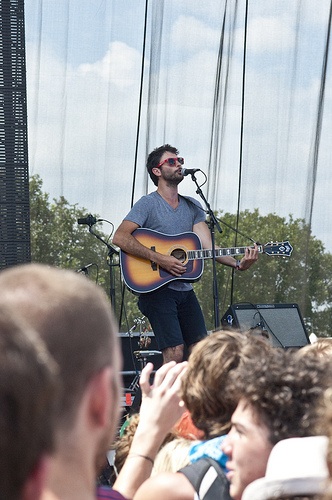 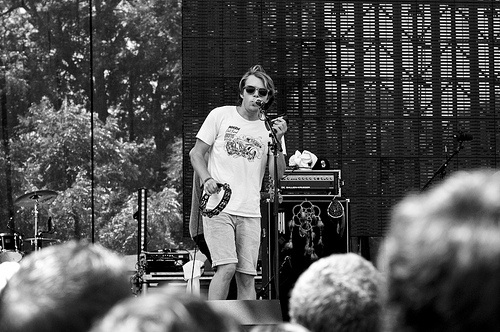 Elbow. Sweet holy mother of all things music, ELBOW. The earth stopped in it's orbit, a hushed reverence came over the throngs of superfans, the whole crowd practically holding it's collective breath between verse and chorus. They lived up to every expectation we had, and then some! 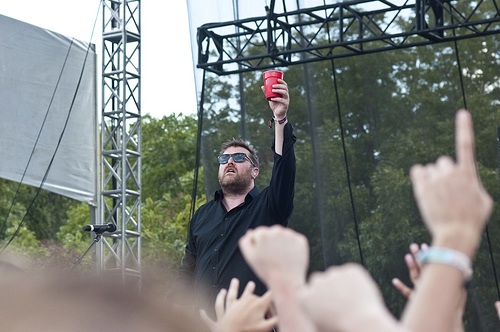 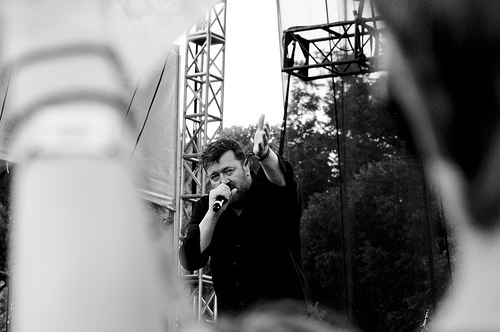 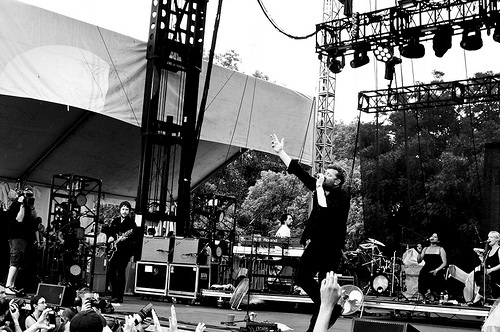 Seriously, the sky opened up and did this about a song and a half into the set: 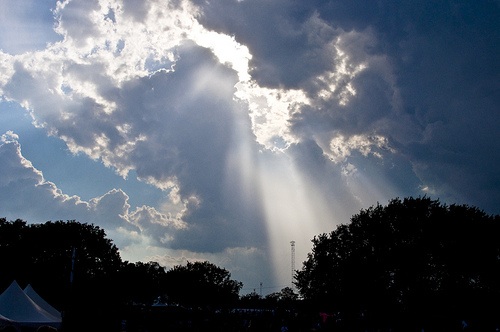 And the other Best In Show for the day / weekend, We Are Augustines. Not only were we able to catch up with them for a bit in the media area — nicest guys on the planet, PS! — we were able to spend their whole set front and center at the BMI stage. If you haven't done it already, pick up the newest album over at their site. Whether you're a new WAA fan or you're part of the post-Pela crowd, you'll love the sound and love what they do live even more. Promise! 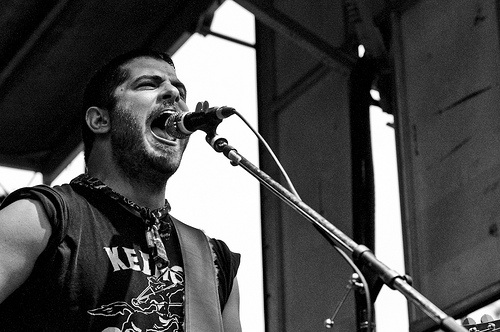 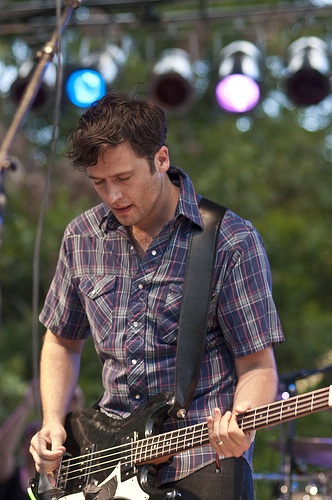 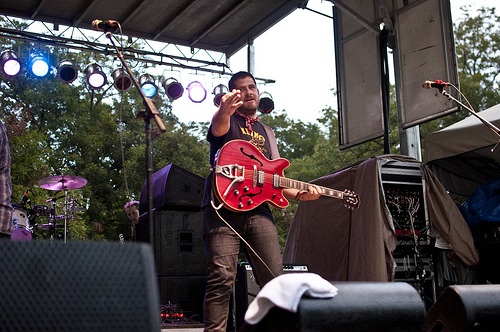 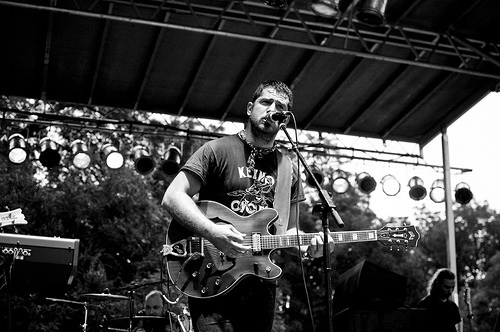 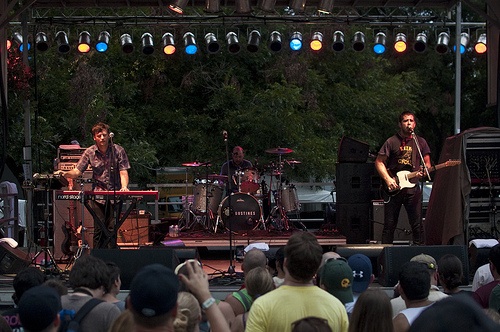 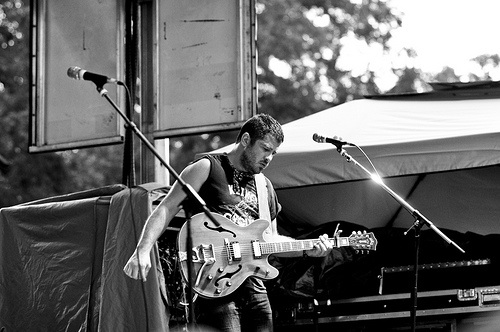 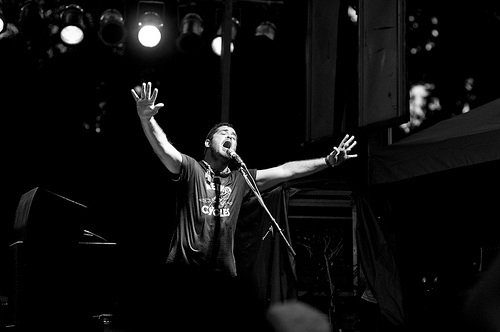 We did catch a minute of Hayes Carll and Randy Newman, and heard Arcade Fire slaying the soundsystem from tens of thousands of people away, but nothing tops hearing this as the night wound down, filtering out across the grounds… all dark and warm and summertime Texas night. Bravo, Fleet Foxes! Bravo.

Thanks again for showing us such a good weekend, Texas! We'll see you next time around!

{Check out all the shots from the weekend in our imaginary flickr pool! All images from ACL 2011 by Victoria VanBruinisse.}