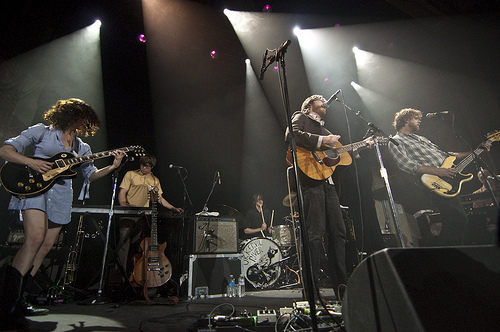 Celebrate the official Neptune grand opening with a week of events!

Been to the Neptune for a few shows already? Yup. Us too — most notably that killer night we spent in the front row with Okkervil River back in June! While plenty has been going on there, technically, the venue hasn't been open-open, really, and still isn't yet. But it will be next week, and to celebrate the Real Official Grand Opening, STG will be kicking off a bunch of excellent, free events. Check it out!

Fresh from the press release:

"Through the spring and summer months STG operated The Neptune Theatre with a limited number of events as we continued to make significant improvements to the venue," said Josh LaBelle, STG Executive Director. "Now we're excited to bring you an explosive line up that includes events central to community involvement, beginning with five free public events – you'll also see local artists, concerts, comedy and film at The Neptune Theatre during our Grand Opening season, that runs from fall equinox right into winter solstice."

And PS, our new favorite venue is booking a literal slew of killer shows in the upcoming months — Stephen Malkmus, tUnE-yArDs, and two nights with the National — check out their calendar and start getting those tickets before they sell out!

We'll see you at the Neptune!

{Photo of Okkervil River at the Neptune by Victoria VanBruinisse.}