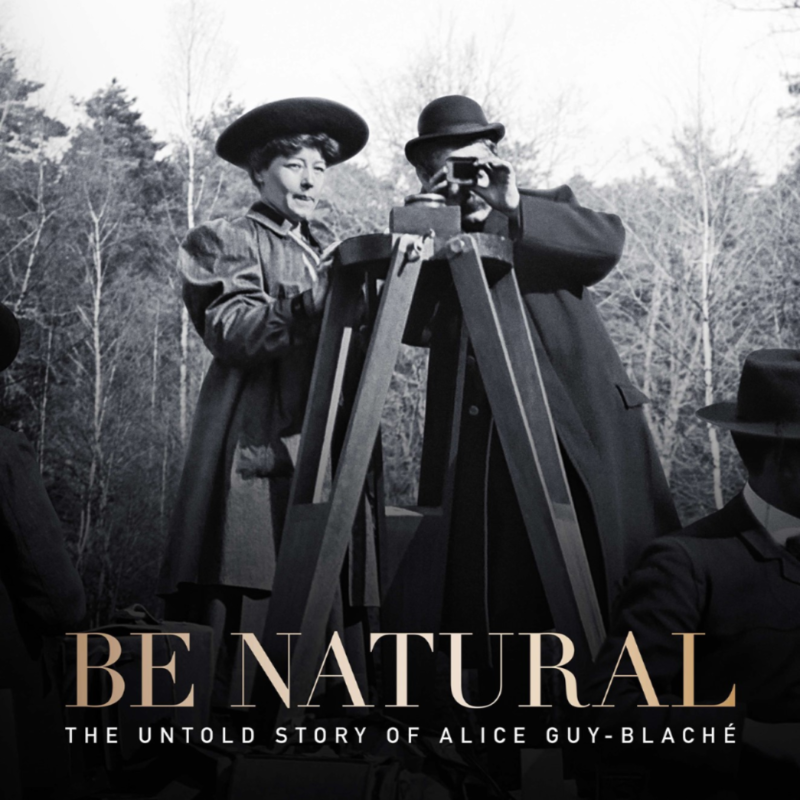 Be Natural: The Untold Story of Alice Guy-Blaché

Have you ever heard of Director Alice Guy-Blaché? You probably haven’t — and the reason isn’t a huge surprise: THE PATRIARCHY.  Thankfully Be Natural: The Untold Story of Alice Guy-Blaché, Directed by Pamela B. Green, is here to fucking illuminate all of us.

In 1895, Alice attended the first demonstration of film projection: the Lumière, with her boss, Leon Gaumont, head of the Gaumont Film Company. She immediately saw the creative possibilities of making film, and asked for permission to make her own. The result, La Fée aux Choux (The Cabbage Fairy), is the very first narrative film. HEY HELLO YES THE FIRST NARRATIVE FILM EVER WAS DIRECTED BY A WOMAN.

Anyway, that kicked off a film career that spanned over 25 years and saw her directing, producing, and writing more than 700 films, and also opening her own film studio: Solax. Listen, I get angry just thinking about all the shit she had to deal with just to get started, and then to keep fighting, and get all of her films made, and open her own fucking studio. CAN YOU EVEN IMAGINE?

But nothing prepared me for how angry I got when I found out that after her husband dumped her for a (of course, much younger) actress in Hollywood, the divorce forced her into bankruptcy and she had to sell her film studio and then she never directed another film ever again.

Hold up; it gets WORSE. That a-hole Leon Gaumont and the rest of his male exec buddies made sure she WAS NOT EVEN LISTED in the company’s written history. And uh, most, if not all, of her films were credited to other directors. This was despite her repeated attempts to correct those errors with letters to Leon, the Gaumont book publishers, and journalists who kept messing things up.

Listen, I am extremely grateful to Director Pamela Green for both introducing Alice to me and piecing the mystery of what happened to her together, because otherwise, unless a friend mentioned her to me, or I stumbled upon her on Google, somehow – I wouldn’t even know she existed.

Green weaves together interviews with Hollywood Directors and Actors along with Alice’s daughter, Simone; pieces of Alice’s films, snapshots of Alice at work — and some wonderful archival interview footage of Alice to bring us the full picture of what an amazing woman she was. My favorite parts of the narrative were when Green was connecting with Blaché’s relatives and uncovering some incredible pieces of history.

“BE NATURAL” was a phrase Guy-Blaché had painted on one wall of her film studio; a reminder to her actors to embrace natural acting instead of forced poses and over-the-top emotions.

Alice, I’m sorry I didn’t know about you before but I am so goddamn glad I do now.

Be Natural: The Untold Story of Alice Guy-Blaché is screening in Seattle at the new Beacon Theater in Columbia City August 30-September 2! Get tickets here. You can also watch it streaming on iTunes, Amazon, Fandango, Google, and YouTube — or even order a DVD (viva la physical media!).