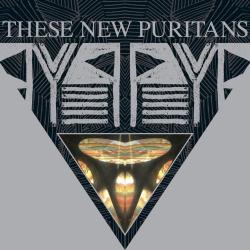 Any music critic who tells you that the life of a music critic isn't one of constant regret and second-guessing is either (a) lying, (b) self-deluded, or (c) both. Heck, I can start second-guessing my reviews before I even finish writing the darn things, like the angel and devil of musical taste on my shoulders are firing Scuds back and forth with naked aplomb. There are the sorts of reviews that you can almost feel yourself regretting as you strike the words to paper, yet somehow you can't stop yourself from writing them. You know that a year, five years, 10 years down the road, you'll look back and wonder "what was I thinking to say the Fiery Furnaces were good?" or "I thought Joanna Newsom was better than Franz Ferdinand's debut?" Why do I bring this up right now? These New Puritans have done an excellent job recording an album that I can listen to right now and really enjoy, but I am so sure that down the road I will be wondering what I ever saw in it; but hindsight is 20/20 and foresight is much more myopic, so we will charge ahead — Future Me be damned!

Beat Pyramid, in the name itself, betrays the sort of band you are about to encounter: vaguely futuristic, very artsy, extremely post-punk. The song names are a bit of an indecipherable goo that doesn't as much raise your confidence in the band as much as hope that you won't be too horrified. These New Puritans are obviously cut from the same punk-dance cloth as The Klaxons and obviously have wallowed in the back catalogs of The Fall, Public Image Ltd and Pop Will Eat Itself, shamelessly hybridizing rock and electronic into a chimera of sound. This is where These New Puritans must walk the tightrope between being derivative or creative. "Numeralogy" is a chaotic attack, jabbing at us with sharp rhythms and trilling melodies from heavily modified guitars. Lyrically, the song is a pile of slogans and shouting — but it falls together in a surprisingly favorable fashion. However, the flipside is "Colours" where they try similar tricks to only end up sounding like Klaxons 2.0.

Where does the truth about These New Puritans lie? "Somewhere in between," I answer. Bah! How unsatisfying. I need to search out the pure truth like a latter-day Leonard Nimoy in search of the truth about the Nazca Lines. "Swords of Truth" is again a song that is complex and fascinating; is this really a band of 20-ish year olds that have only been playing together for a few years? Hard to believe, but the song is nicely avante-gard without being insulting — a tough row to hoe. "Elvis" takes us back to The Klaxons' back yard, so what went wrong?

Then what to make of "Doppelganger" or "C. 16th +/-," "Infinity Ytinifni" or "Mkk3"? These half-works just muddle the waters, making you wonder if they really can filter out the flotsam. "En Papier" clocks in at almost five minutes, easily the marathon of Beat Pyramid, but it really never gels into anything beyond a series of riffs, much like the much shorter "(pound)4." "Navigate-Colours" operates on a much higher level, like Supersystem or !!!, trying to extend the band's sound into a more richer palette of sound.

Beat Pyramid is an album who's overall score is very misleading. It exists as a bimodal distribution, where some tracks are excellent while others are just rehashed dreck, yet little exists in the middle. Can you really justify a score that implies overall averageness when there is such a divergence from the mean? Not particularly, but that is what we are left with, an album that has moments of brilliance and moments of disaster. Yes, many people will just write off the band as another lamprey on the carcass of long-dead artists, but These New Puritans show they might come out on top — or might not come out at all.