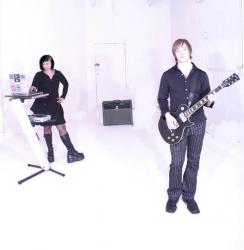 Beehive and The Long Ranger at Chop Suey. On a Monday.

German electronic duo Digitalism played at Chop Suey on Monday for a highly anticipated set… that I missed. Obligations at my day job (and more specifically an alarm clock that would begin beeping at 4:30 am whether I liked it or not) made me find my way toward my car after the both local, electronic bands finished their sets. Although I would have liked to have stayed for Digitalism and am confident I would have enjoyed their set, I don’t feel cheated or let down. In fact, based on the strength of the opening bands, I still left sated and happy.

On Lineout the question was raised (and answered with a negative) whether or not Beehive and the Long Ranger were the correct bands to open this show. I honestly don’t know – mostly because I didn’t stay for Digitalism, that question is not relevant to this review. Judged on their own, I rather enjoyed both Beehive and the Long Ranger, even if their sets and sounds were disparate.

The first band was Beehive, with the ridiculously unenviable opening timeslot of 9pm on a Monday night. At its most generous, the crowd was modest. I don’t think I counted more than six people on the main (dance) floor at one time during their set (and those six people may have all been their friends). Beehive is largely a classic rock band put through the filter of an electronic duo. Using mostly guitars (with lots of reverb), synths, laptops and a drum machine, David Miller and one-named band member Alethea (who also goes by the name “Butterfly Beats”) craft a sound that is not too dissimilar to fellow-travelers like LCD Soundsystem. At one point late in the set they even brought to mind a psychedelic jam band – with programming. The next song they rocked an unexpected cover of “Helter Skelter.”

Beehive appears to be an equal partnership. Both Alethea and Miller sing lead vocal parts. Sometimes they rotate between songs other times between verses. She has a more soulful, Billy Holliday meets Beth Ditto voice and his more monotone, yet their vocal parts were split roughly 50/50. He also provided the guitar and bass lines while she worked the programmed parts, sometimes manipulating two laptops at once. It was not a perfect set – sometimes Miller’s guitar solos bordered on masturbatory and the band seemed frustrated at the emptiness of the club in general and on the dance floor specifically. Overall, though, they were a very band that operates comfortably in the rock and electronic worlds.

The second band up was the Long Ranger, an electro pop trio. If Beehive recalls classic rock bands, the Long Ranger would not be out of place on Top 40 radio. (Even though much of what you hear on pop radio is bullshit, I mean this as a compliment.) They have an atmospheric style with beats made for dancing and very solid pop instincts. Fans of Prince, R. Kelly, and (especially) Justin Timberlake are likely to be equally charmed by the Long Ranger — if they’d just get the chance to hear them.

The Long Ranger is made up of brother-sister, lead/backup singer, keyboardist/programmers Ted and Sylvia Chen and guitarist Seth Thomas. Unsurprisingly, more and more people started to trickle in to Chop Suey, yet strangely stayed away from the dance floor and congregated en masse in the bar. Yet, it worked to the band’s advantage, with Ted using the (wide) open dance floor to break dance through an extended bridge or two and toward the end of the set, and the whole band moved to the floor and played their final song amongst the slowly-growing crowd.

Digitalism was, of course, the attraction on this Monday night, yet both bands played well and delivered fun sets. I was thoroughly impressed — even if most people in the club barely noticed.