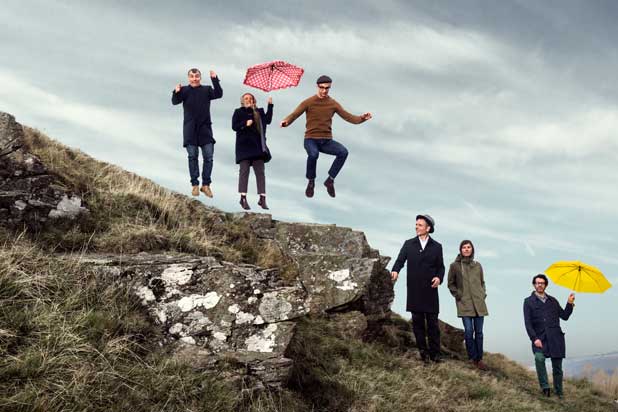 Belle & Sebastian at the Paramount Theater

Michael Hadreas’ solo project Perfume Genius took the stage as people were still filling up the always lovely Paramount Theater and alongside 3 backing musicians they wasted no time doing what they do best. The bass and drums reverberated loudly throughout the theater as Hadreas’ booming vocals grabbed everyone’s attention. For most of the set Hadreas sashayed around stage, swaying and seductively playing with the audience members who were smart enough to show up early for his set. The set finished with two of his more bombastic songs; the slow jam “Fools” in which Hadreas let out some truly chill-inducing howls, and his most recognizable song to date, “Queen”.

It had been 5 years since Belle & Sebastian last graced a stage in Seattle; back in 2010 they were touring behind that year’s release Belle and Sebastian Write About Love. Earlier this year they released their 9th studio album, the dancey and even occasionally funky Girls in Peacetime Want to Dance. Most of their new material was accompanied by video projected on a giant screen behind them, from early 20th century black & white photos to video of early 90’s video games. For “The Party Line”, it was dancing silhouettes in front of colorful backdrops, looking strikingly similar to a mid-2000’s iPod commercial.

Frontman Stuart Murdoch spent most of his time either behind a piano or gleefully bouncing around stage. He had a lot of playful interactions with the audience, telling rather funny and engaging stories between songs and even lamenting seeing a Scotts Turf Builder commercial on tv and worrying that this was America’s perception of Scottish people. At one point he pulled a young woman on stage and sang and danced with her while the band played behind them. Later on he pulled enthusiastic audience members on stage to create a rather large and enthusiastic dance party.

They saved most of their classic late 90’s material for the end, closing the set with “The Boy With The Arab Strap.” All of their songs from “If You’re Feeling Sinister” or “The Boy With The Arab Strap” seemed to get the most enthusiastic reactions from the audience. It’s a testament to the longevity and prolifically of Belle and Sebastian that they played for an hour and 45 minutes and still left a lot of their most popular and notable material out of the set. Overall a rather delightful evening; Belle and Sebastian showed that whether they’re playing gorgeous acoustic melodies or dancey party jams, they certainly know how to have a good time.