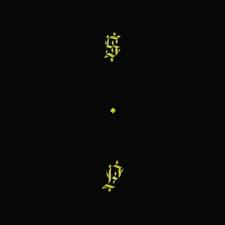 Once you do something extraordinary, the universe gets in the way. People almost seem to be willing you to fail by praising your breakthrough effort, the burst of vision that placed you inside (the center of the world). Near the end of Black Up — Shabazz Palaces‘ first full length but second major statement — evolution is described as passe. Cyberspace controlled by profit-cops and the grid lurked on by the greedy are corny topics, but fools still eat anti-matter and trifle. So we proceed with icy and persistent recognition.

But Palaceer Lazaro (revealed to be Ishmael “Butterfly” Butler of 90s jazz-rap Digable Planets, now in the backyard of cyber-barons and baristas) sprawled cosmic surveillance and urban physical backwaters all through Shabazz Palaces’ primary EP announcements, too. Those two discs featured “Kill White T” and “4 Shadows” and “Sparkles” and if electronically throat-modulated / mbari percussionist Tendai Maraire (the Billy Cobham of beats) didn’t slyly perplex your attention with his very precise rhythmic pointillism, then Butler would wipe you out with very detail-oriented short stories about Barbara, cocaine, and partying in a Death Star (because it’s no longer a rocket for science fiction rock and roll, it’s all earth hip-hop and the ship has flown).

Digable Planets’ two LPs, Reachin’ (A New Refutation of Time and Space) and Blowout Comb, and the flipped out big heat of Cherrywine (Butler’s last joint) were so much older then (the 90s), they’re younger than that now (let’s go back to Bambaataa and start the whole goddamn thing over again). It’s year zero, and all of that sounds like, well, crossing over jazz and rap. Black Up, the first full-length in form, sounds maybe like where jazz was going in the days of Rahsaan Roland Kirk but sliced and dropped out with the digital developed in the next decade.

Me? It’s just great pop music made by smart, nice, real men who actually own real stereos but make songs for those of us with iPods. I don’t know my God-hop from my Sequential Circuits, I came to learn. Butler emphatically uses synesthesia in the lean electro-funk tradition, with juicy lips, deception being the truest act, philosophy is cruelty, catchy yes trendy no, up or don’t toss it at all (not in that order) matched with I lost the best beat that I had in a rhyming scheme teenagers in high school speak words to first year of English. Yeah, “free press and curl” starts with the most basic of rap flows, just like a punk band might throw a mundane tantrum from the top to then melt you down with the rest. It’s a three part suite around that, as amorphous and mystifying as anything they put out last year on the first two mini-albums.

THEESatisfaction’s sweet voices are mince-mixed into children’s ghost cries around jail cell echo backing doo-wop and keys-vibes for “the echo from the hosts …” and things are definitely getting supernatural. I don’t know where this space is, but when Butler accosts, “Who do you think you are?” I feel more in tarnation than Job before the Lord. A slain spirit of 70s soul grifts around the next jam, “Are you … Can you …” while it describes a near death experience or a new romance.

“A treatese …” is the new “I Need Love,” a confident but sweetly polite come-on in this realm — a beautiful fantasy swirling between the ice and the cran and the vodka — but he does definitely want to be in there.  It’s silly and fun and should shock all the critics in NYC who want to see this as some sort of Twin Peaks Pac NW death disco dub. The Barry Adamson-style noir OST of “Endeavors” brings back the femme vox, and the TS gals sound great enticing some detective to lose his shit on some sort of bullshit case. Well, I’m seduced at least (and saxed up, “forever and never”).

“It’s appealing” and “it’s a feeling” … “forever and ever” and “forever and never.” Something’s happening here with the use of how words are said, and you could call that spoken word I guess, but no one is gesticulating like they’re cutting bologna at the deli after school. It’s an old rap trick but far closer to Last Poets than (pick your gangsta). And this can’t be said enough, this is hip-hip rooted back to “right on” (said not in irony) rap, and the suggestion that perhaps this is just the new black rock, in the way that James Blood Ulmer cranked riffs and Bad Brains fuse-fried punk and dub, shouldn’t be the insult many might make of it. (That’s supposing the phrase “black rock” isn’t redundant or racist to begin with.)

It’s a thing. An album, like a novel, something happened, like a really good movie by an auteur. You talk about it, it’s a record to talk to you and enlighten you and entertain, yes, but yeah total illumination doesn’t repeat. (Like Malcolm X meeting the white woman on the plane, she’s a little disappointed in the lack of savagery in that sharp suit.) Can we blame Shabazz Palaces for delivering a very, very good album?

You do get caked up (too high) and faked up (you’re being pimped) on the more taunting again “Youlogy” but none of the valleys have the same woozy and bitter dip as last year’s raps. Maybe indie press success has been good for the narrator of these songs? It’s definitely mellower this time out and the asphalt isn’t quite as hot. You can walk through the end of the world with these ghosts, and it’s actually refreshing they’re more companions than mockers. Do I dare mix the artist with the art? As Sir Mix A Lot just spoke in City Arts, every city has a Broadway. That can be taken a couple of ways: But he meant our Broadway, not New York’s. And our Broadway is pretty peaceful, conducive to creativity, a little mysterious, occasionally scary, but made that way by being on its own. Sort of like Butler in Seattle. Celebrate his peace and his peace given to us.