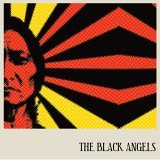 The world is full of modern conveniences and technological marvels that purport to improve our quality of life. Although it’s hard to imagine public transportation without an iPod, or procrastination without the Internet, wouldn't it be nice to occasionally escape to an earlier era — free of buzzing Blackberries and spam? Wouldn’t it be nice to travel through times of sonic exploration and innovation — free of Swedish songwriting factories?

Imagine if you could venture back to early-1960's London and explore British blues. Jump to late-1960's New York City and catch The Velvet Underground in the Village. Zoom to San Francisco's summer of 1969 and eat apples at the Fillmore while getting lost in psychedelic rock. Make a pit stop in the 1980's to pick up pop sensibilities from The Jesus and Mary Chain. Swing through the early 1990's to absorb sinister moodiness before gliding back to the present day, taking a sample of angst-riddled rock along the way. Ah, wouldn’t it be nice?

Until the whiz kids in Bangalore or Shanghai develop a time capsule, Hallelujah for Texas and its progenies. The Black Angels have ascended from the land of W to grace us with a trip through fuzzy blues, psychedelic somersaults, and modern discontent.

"Black Grease" is first-class transport to distorted guitars and full-bodied blues, with vocals that are simultaneously playful and chilling. "Winter '68" reflects the band's reverence for Lou Reed and company, as does the band’s name (taken from The Velvet Underground’s "The Black Angels Death Song"). "Manipulation" incorporates Eastern influences to deliver a hypnotic melody, complemented by vocals that shift from somber verses to a chorus reminiscent of 1980's U2.

Tambourines punctuate Maas' impassioned vocals in "The First Vietnamese War", with Bailey's drum beats providing the final explosive exclamation point. Undulating guitars set the backdrop for a rebuke against the Bush administration for its hypocritical and reckless attitude towards military engagement and the subsequent fatalities. "60,000 men died while you all hid. You came into our home, and you took our kids. And you ask for more now for this new war. And you ask for more now."

The Black Angels' varied musical tastes reflect the diverse backgrounds of the band members. Bassist Ryan was born on a cult compound, guitarist Bland is a preacher's son, organ and drone player Raines grew up in a mortuary, and Bailey and Maas see dead people. Whether it's black magic or divine inspiration that blesses The Black Angels, this group melds classic influences, innovation and talent into mighty fine rock. I propose sending the Bush boy back to the ranch and letting this Lone Star State cabal conquer the world.