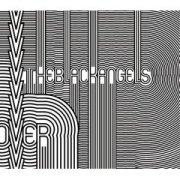 I'll spare you the cliché references and "recommended-if-you-like" consumer guide bullshit with this review. There's a whole lot of baggage that The Black Angels have brought on board in terms of musical influences almost to the point of teetering on the dreaded "tribute band" status. I could list all the obvious musical references here, but I'll leave that for other reviewers that lay claim to more respectable record collections than mine. But just so we're clear, I need to make sure all the cards are on the table with the following:

To be honest, I'm not entirely clear why I like this CD so much given my abovementioned constipated music listening peculiarities and irritable social observations. Maybe it's because I know that competently recreating a decades past genre is relatively simple if you get a couple competent musicians together. But going beyond the obvious surface level similarities and masterfully channeling the spirit of a music form by actually communicating the emotion that the style was meant to evoke in the first place; that's damn hard to come by these days and I truly believe The Black Angels pull it off.

I think it was Lester Bangs who wrote in his short essay "A Reasonable Guide to Horrible Noise" that back when Patti Smith was writing Creem reviews in the 70s, she claimed to have liked disco and punk precisely because it sounded oppressive. Bangs was writing about "skronk" — i.e. early Stooges, the first PIL record, Lou Reed's Metal Machine Music et al — and though the subject of this review is much different stylistically than what Bangs was referring to, Passovers' oppressive, heavy sentiment is similar in its dense, caustic fog of droning, ohm inducing, stoned-out-of-your-gourd psychedelic-ish — dare I say it — masterpiece.

I'm generally not particularly clued into specific lyrics when I listen to music most of the time. I take in the mood of a record as a whole before anything else. But I'd say that there's actually something to the album title Passover. You know that happy Sunday school story about the angel of death coming to visit the Israelites in the book of Exodus? You know.unless you smeared freshly slaughtered lambs blood over your doorpost your first born child was a goner (?) Yup, that was The Passover and in the Christian tradition, it's Jesus himself that embodies the symbolism of the cleansing, sacrificial blood that saves the devout from the wrath to come. This collection of songs isn't trying to peddle any spiritual enlightenment but the dark night of the soul is certainly lurking in the shadows waiting to getcha. This isn't the gospel of Billy Graham, but it could most certainly be Kierkegaard's crisis.

As far as I can tell, there aren't any highbrow Fathers of Existentialism referenced here (I can't tell for sure, as the bastards don't include lyrics in the packaging) but there's a kind of-I dunno-gentlemanly way that the music is presented. As in: most rock is generally a loud temper tantrum right? The Black Angels, however, have the decency to take the time to ingest The Crisis, have a nice stiff drink to steady the nerves and collect a semblance of ambivalence to tell it to you straight. (Listening to Girls Against Boys' Cruise Yourself gives me the same-ish feeling even though GVSB is employing a little tongue in cheek in their delivery.) How the hell else do you explain the lyrical goldmine moments in "Sniper at the Gates of Heaven" when the vocalist quite earnestly asks, "Where do you go when heaven calls you?" that is later followed up in the following verse with, "What is it like when hell surrounds you?" As if he's in the throes of a struggle between choosing which one is better! Brilliant.

Passover is a strong album throughout, but the best moments occur when the band really lays into a heavy drone like in songs "Young Men Dead," "The Sniper at the Gates of Heaven," and "The Prodigal Sun." The more jangly guitar songs like "Bloodhounds on My Trail" and "Call to Arms" are the tracks that reach back into musical nostalgia and fall a little short for my tastes. But all in all, this is a damn fine collection of tunes and will likely become a personal classic.