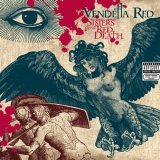 Sisters of the Red Death

In an ideal world Sisters of the Red Death, the second major-label effort from Seattle-scene vets Vendetta Red, would have been a vindicating validation for the screamy rock band led by Zach Davidson. Unfortunately that's not the case, since after its release in the summer of 2005, no one seemed to notice and record sales were dismal by major-label standards.

However, massive sales numbers and critical acclaim aren't factors that determine whether or not an album is great or not. While Sisters lacks sales numbers boasts no hit singles, it's undoubtedly a great album and one of the most underappreciated Northwest releases of 2005.

Those familiar with the Vendetta Red saga know that although Sisters of the Red Death is the group's fourth full-length, it's the first LP of entirely new songs since 2001; 2003's Between the Never and the Now consisted of primarily recycled material from previous records. All this built up made Sisters a highly anticipated release.

Sisters is a concept album based in a post-nuclear apocalyptic universe. It's tough to grasp the storyline without thoroughly examining the lyrics or having it explained to you. However, regardless of its storyline, Sisters is an impressive effort. As is typical with VR, there are some rather morbid and unpleasant lyrics, such as "Showing up like semen on dark colored clothes," but they don't come across as crass and disgusting, rather they seem to fit right in with the band's dark image and the near epic sound of the record.

The singles "Shiver," "Silhouette Serenade" and "A Dark Heart Silhouette," which cover the first half of the record, are where VR exhibits its strongest asset — the ability to write a song you can scream along and dance to. Tracks like "Run and" "Coital Improv" take the album in a different direction and seem to favor a delivery of finesse over power, unlike most every other song in the band's catalog. This is both an interesting and much needed change of direction.

But the album isn't like previous releases which build around standout songs with shout-along choruses like "Shatterday" or "Stay Home" and there aren't any playfully volatile jaunts like "Lipstick Tourniquet" or "Por Vida." Instead, this is an ambitious album by a band that pushed itself to its limits and doesn't let up until Davidson victoriously exclaims "Fuck Yeah" as an celebratory afterthought at the end of "A Joyless Euphoria," the record's closing track.

In the end it's apparent many Northwest critics simply missed the mark by not including the album on their best of lists for local albums (Sisters ranked #40 on the tig Best Northwest Releases of 2005 Reader's Poll) because this is VR's best album thus far and it accomplishes what most every great record does, it leaves you wanting more.