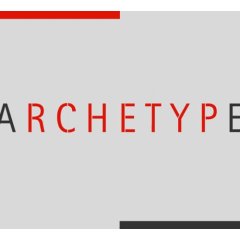 Mary for Certain November 5, 2007 no Comments

Archetype is hip-hop for the hippies and the hipsters, the dreamers and the down-trodden. Archetype's second album Bleed For Them is genre-leaping, inspiring, questioning, intelligent music. Bleed For Them doesn't resort to pimps, whores, and guns to catch the listener's ear but instead weaves soul, blues, and even Neil Sedaka into well-formed, connected songs that challenge the listener to define her/his own path in life.

Archetype is I.D. and Nezbeat, two guys from Kansas who have been creating music since 1997, both together and separately. The music demonstrates the confidence they have in themselves and in each other, as well as their love and appreciation of all music. The opening track, "Bleed For Them Intro," immediately sets the tone for the album, laying down an easy soul track, a little French, and intelligent lyrics. Blues piano opens "I'll Be Honored." "No Gods" contains one of the stronger messages on the album — to challenge our leaders and think for ourselves — lifted out of being heavy-handed by using a sample of Neil Sedaka's "Laughter in the Rain." Is that a Cee-lo sample on "Freakin Out"?

While the music dabbles in various genres, the lyrics for the most part stay on course in promoting self-confidence, offering inspiration, and challenging the listener to go after what they want. "You can't be afraid of your own decision/or to take credit for your own investion/…/everyone's got their own song to play."

Archetype have clearly heeded their own message. The record promotes the sense that I.D. and Nezbeat have risen above their own uncertainty and self-doubt, as well as the external pressures of conformity, to pursue the music they want to make. The listener reaps the rewards.