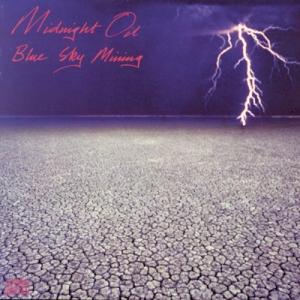 "Blue Sky Mine" by Midnight Oil

Australia seems to have a lot of nifty features, not the least of which is that Peter Garrett of Midnight Oil was elected to their House of Representatives (Aussie Labour Party) since 2004. Sure, he looks like a toned down, smaller version of Sloth from Goonies. Sure, he's the lead singer one of the biggest Australian musical exports this side of INXS, Kylie, and Men Without Hats. And now he's a politician. Brilliant! Imagine that here in the states? Dennis Hastert and the Wild Boyz! Barak Obombers! Barney Frankalicious! Heck, John Kerry was supposedly in a garage band in his youth, but since Sonny Bono met an untimely demise, we've been short of the musicians in Congress. Ah well.

"Blue Sky Mine" is one of my favorite Midnight Oil tracks, possibly more than "Beds are Burning," but they're very similar political protest songs that bring to light the problems with Aussie relations with the Aboriginal people of the continent. It's catchy, it's original, and it went nowhere in the U.S. Which is too bad.

Now I guess I'll sit back and wait for Conor Oberst in 2016!