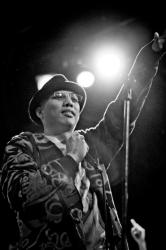 I must admit, I was definitely skeptical of how succesful five back-to-back nights of Blue Scholars in a row would be. But after witnessing the second night of the event, I'm a believer.

The Program, as they named it, is a five-night hip hop festival featuring headliners the Blue Scholars as well as many other Northwest hip hop acts featured each night. Wednesday night was definitely the one I was most excited for, featuring local acts Can-U, Sleep, D Black, and Common Market in addition to the headliners.

D Black is making a huge name for himself, leading local Sportin Life records with a more commercial sound that offers street-oriented stories that contrast Mass Lines typical lineups. He put on a great show and certainly won over a crowd that might not have expected his style. 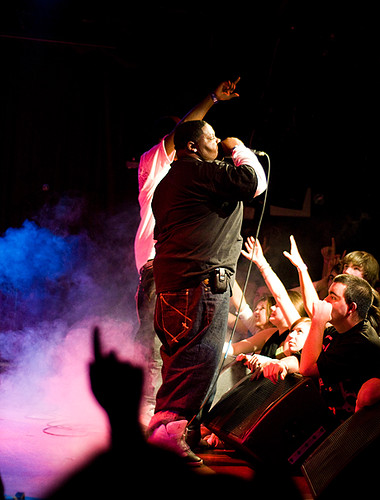 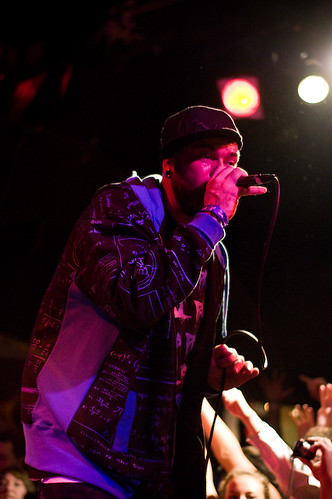 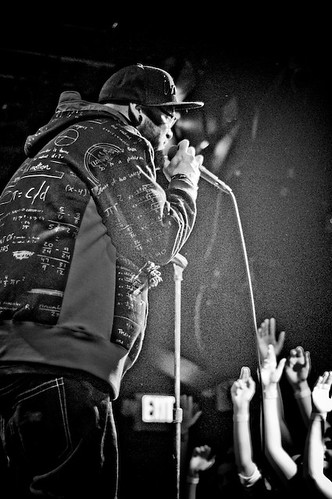 Common Market arrived on stage full of energy. The crowd was obviously hyped and ready to rock out with Ra Scion and one half the Scholars "Sabzi". 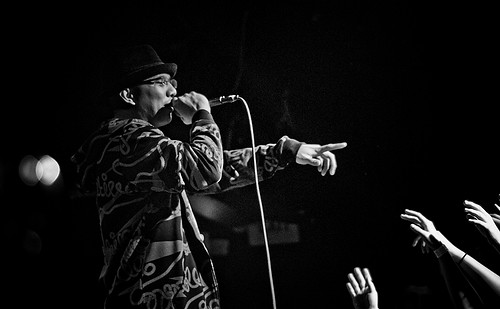 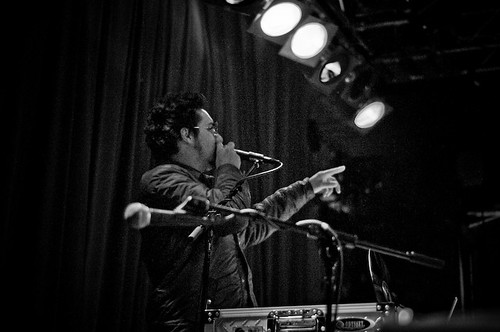 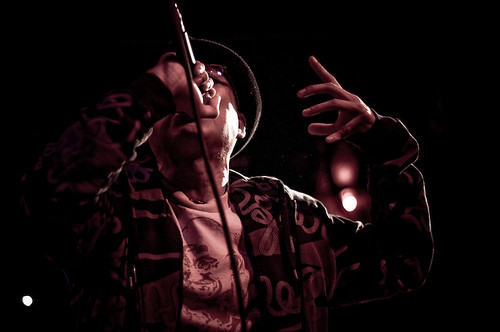 When Geo arrived on stage during Common Market, he made sure to announce that this was not just a show. "Don't tell your friends you went to a show," he quipped. "This is a Party, a celebration!" 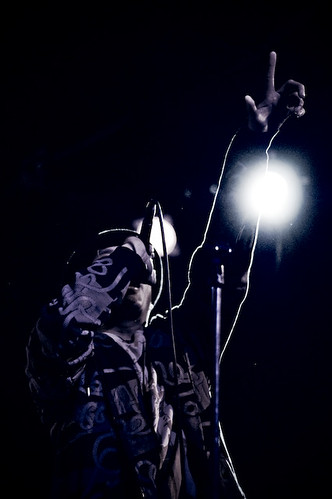