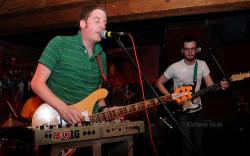 Photo Essay: BOAT w/ Tullycraft and Fishboy at the Sunset

It was predicted to be a sweaty night of indie pop goodness at the Sunset and this it was.

Fishboy opened the evening right on time around 10PM. You have to give it up for Fishboy who flew in from Denton, TX to play this show. This was their only west coast date and its kind of out of the way with their current tour stops.

Adam "Sweatpants" – going all out with the tambourine, horns and keys. He even had this massive green pencil to hit the tambourine with. Where do I buy one of those?

Fact: Fishboy's album Albatross: How We Failed To Save The Lone Star State With The Power Of Rock And Roll is listed as one of the best albums of TIG in 2007. After hearing their songs from their earlier acoustic performance at the Fremont Troll and hearing the full band play – yes I can agree their album would be nothing short of pure, no hassles sing-a-long fun.

The long awaited set by Tullycraft – a band I have heard of in twee circles frequently but have never had the pleasure of seeing live. The dedicated crowd at the front, already sweaty from the Fishboy set went full out grooving to this infectious brand of twee pop.

"Wild Bikini", "Rumbling With the Gang Debs", "Georgette Plays a Goth" and "The Punks are Writing Love Songs". These are but a handful of the songs that I know of. The Beach Boys have their summer classics. Well, let me tell you – I'm sure these songs will definitely be some of Seattle's summer classics. 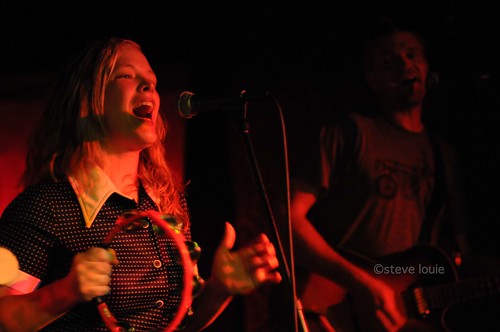 BOAT – they are all about Baseball, Bubblegum and the Chicago Public Schools. They didn't play "Elephant Ears" but I think we can forgive them. We know who you are.

What a better way to move the party onto the stage – introducing homemade red plastic cup shakers – an exclusive Boat party favour. 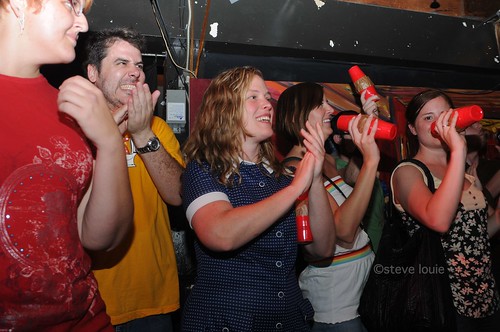 "Last Cans of Paint" such a short two minute song – they could easily play it twice and no one would ever blink an eye. 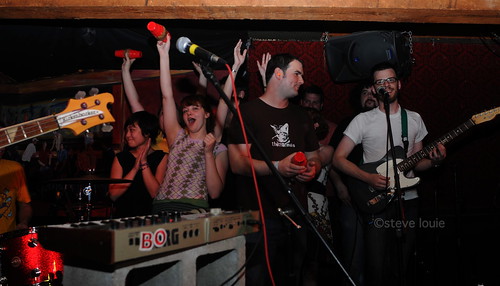 Oh yeah, this was a tour kick off as Boat would leave right after the show to California for a week full of dates before coming back home at the end of month and then go on a summer east coast tour for the month of August. Go Boat! 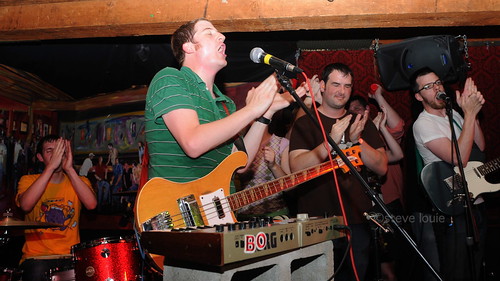