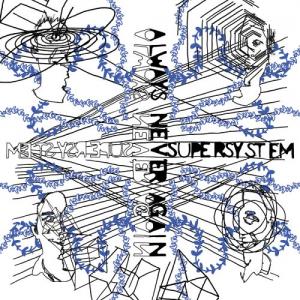 "Born into this World" by Supersystem

The first time I heard Supersystem's "Born into the World," I knew I was going to like this band. They had that synth-rock post-new wave sound that was oh-so-popular during the early '00s. Sure, they were more or less a less manic version of !!!, but hey, sometimes I'm in the mood for a four-minute dance number rather than a 10+ minute psychedelic raga.

Anyway, it bugged me for the longest time that the band sounded so familiar but I knew I hadn't ever heard of them before – I mean, I just assumed it was some sort of x-influenced-y-influenced-z sort of scenario. Lo and behold, five years later I was reading a snippet about Supersystem calling it a day when I read that they had changed their name during their career. At one point, they had been El Guapo, but changed their moniker to Supersystem. I was stunned on two fronts: (1) I was a fan of El Guapo and wondered what happened to them after Fake French and (2) how I missed them for five years and two Supersystem albums.

Well, maybe I wasn't stunned – I mean, this wasn't a life altering event wherein afterwards I joined the French Foreign Legion to run away from a past I didn't want to face, but still, when you are a rock and roll nerd like I fancy myself to be, I can sometimes be hard to realize that you missed something as simple as that. Just goes to show, that there are always more useless and unnecessary facts that have been missed along they way.