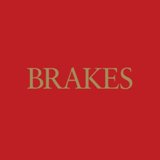 We exist in a world of constant warring factions: The Arabs and the Israelis, the Protestants and the Catholics, the Red Sox and the Yankees. However, in the dominion of rock, one of the longest running schisms belongs to the US and UK for supremacy (yes, over 200 years since the American Revolution, and we still haven't fully healed). The pendulum swings back and forth almost of a decadal cycle, whereas U2 (yes, I know, they're technically Irish, whatever) might dominate, Nirvana blows them out of the water the next decade.

The fight has become even more vicious (and confusing) in the past few years, with US bands making it big in the UK first (see the White Stripes, the Strokes, Interpol) then sweeping back across the Atlantic like the reverse-Beatles, followed by the Her Majesty's subjects like Franz Ferdinand, Bloc Party and the Kaiser Chiefs. Now, the second wave has begun (Brakes, Editors, Maximo Park, etc.) to overwhelm our defenses. Is this a bad thing? Heck, no. Give me my NME and my scone and sod off. (Author's note: I blame a lot of this on Spike from Buffy, he primed the States of a return of the British punks of the late 70s. Trust me. I know it happened to me).

Brakes are on the lo-fi end of the current British Invasion (man, is that term overused? Does any time a few British bands get popular in the States constitute an Invasion?) Taking a page more from the White Stripes or Kings of Leon than The Cure, Give Blood has strong blues and Johnny Cash-style country rock influences that are spiked with Iggy & the Stooges/Clash punk rock. The Brakes hit hard and they hit fast, but it makes it all that more fun, like the hyperactive kid in class that's just fun to watch because you have no idea what might come next. They might not be the most innovative band on the block, but they offer a lot of bang for the buck, um, er, quid.

Give Blood packs a lot of influences into its short ~29 minute run time. The countrified part includes "NY Pie" that sounds like Wilco if they wrote songs under 2 minutes (heck, pretty much anything on Give Blood is under 3 minutes) and a cover of the Cash/Carter classic "Jackson", which is a gem that probably makes Jack White wish he thought of it first. (Leila Moss of the Duke Spirit gives Reese Witherspoon for the best June Carter impersonation of the year too.) On the opposite side of the spectrum, tracks like "Cheney" (all of ten seconds with one line: Cheney, stop being such a dick – talk about getting to the point), "Hi How Are You", "Comma Comma Comma" and "Pick Up the Phone" have a Sex Pistols-like intensity and all clock in at under 1 minute. Most of the rest of tracks fall somewhere in between, both sonically and temporally.

"Ring a Ding Ding" and "All Night Disco Party" are the most accessible songs of the album, the former being a King of Leon southern rocker and the later being the closest to the currently mod UK dance-rock sound. "All Night Disco Party" is almost a jab at the Franz Ferdinand crowd, with Eamon Hamilton droning a super nonstop uber-rocking all night disco party (then again, imitation is the sincerest form of flattery, right?). "Heard About Your Band" is in the same genre as Cake's "Rock N Roll Lifestyle", mocking the trend-followers ("You shared a cab with Karen O/O? O? Oh?"). Here is also the first time you get a bit of the Walkmen influence, which is driven home by their cover of the Walkmen's "What's In it For Me". They take the original and pump it full of caffeinated (or pick your favorite greenie) madness instead of the dirge of the original. It is funny, though, that their cover of the Walkmen sounds the least like the Walkmen than many of the Brakes originals. The third cover on Give Blood is of the venerable Jesus & Mary Chain (albeit in one of the down cycles circa Stoned & Dethroned) and their take on "Sometimes Always" doesn't add too much to the original, but it is fun to hear with the Pipettes replacing Hope Sandoval's part of the call-and-response vocals with a 60's Phil Specter-like vocal harmony (with the most adorable thick Brit pronunciation of "chance").

Give Blood isn't the most inventive disc you'll hear in 2005, but its both a lot of fun and shows a great deal of promise. The buckshot of musical styles captured on the album keep the ideas fresh and familiar at the same time. The question will be if the Brakes stick to this mish-mash ideology or they take a turn like the Von Bondies and attempt to become too polished. As for the clash of the Atlantic, when you throw Give Blood in with Silent Alarm, You Could Have It So Much Better and Employment, you get the impression that the UK probably got the better of the States in 2005.