As Brandi Carlile and her band took the Easy Street Records stage last Friday in front of her hometown crowd, something magical was in the air. Just a quick glance around the store, and you would have thought that half of Seattle had come out to witness one of the most epic in-store performances in recent history.

Accompanied by her bandmates Josh Neumann (cello) and twin brothers Tim (guitar) and Phil Hanseroth (bass), Brandi’s 10-song, nearly hour-long set included selections from her new album Give Up The Ghost, two Johnny Cash covers, last album’s hit song “The Story,” and even an encore sing-a-along of fan favorite “Turpentine.” In between songs, she promised the crowd they would be “extra good” because of a band practice the night before and joked about pitching an idea for a TV reality show with the twins (any takers?). 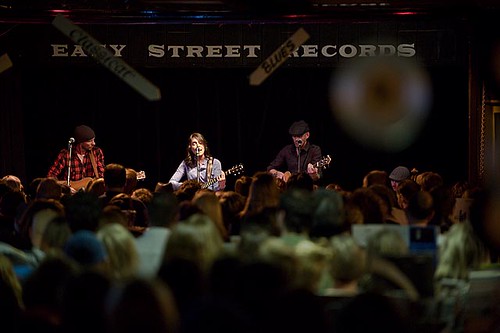 Easy Street owner Matt Vaughan said it was one of the biggest in-store crowds they’ve ever had.  Although the heat was almost unbearable near the end of the set, it didn’t phase the crowd of nearly 800 strong.  Most of them stuck around (up to an hour) after the show for a meet and greet with the band. 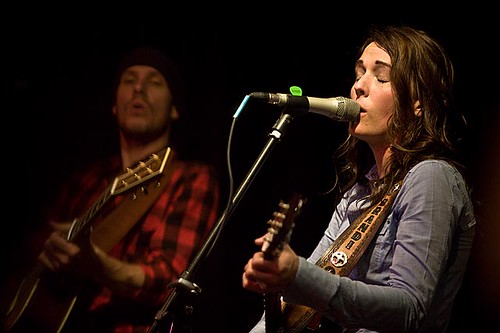 Video of the entire performance can be found here.

Brandi Carlile and her band will be making a special appearance (possibly in costumes) at 103.7 The Mountain’s Winter Warmth Concert at The Moore Theatre on Sunday, December 6 which also features Brett Dennen and Grace Potter & The Nocturnals. Tickets are available at The Moore Theatre box office or online at stgpresents.org. 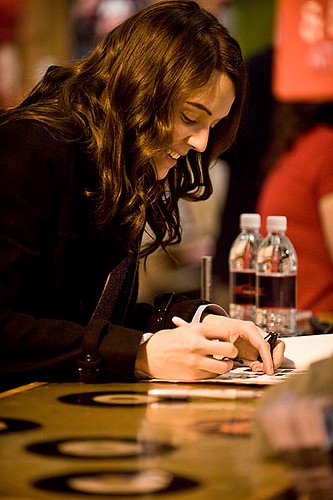 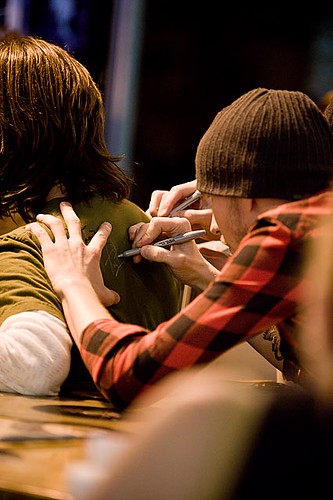 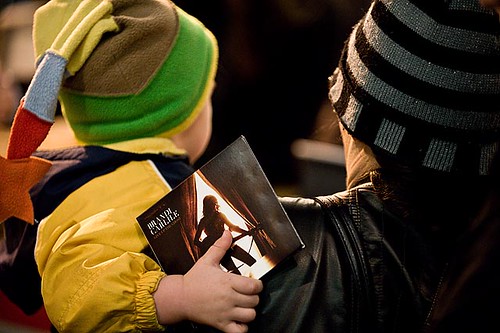