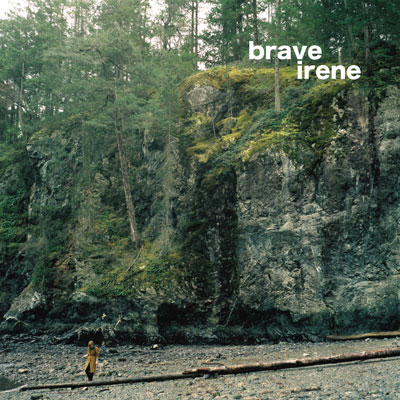 If the two teaser tracks posted on the internet are representative of the new Brave Irene album, I think I’ve found my favorite fuzzy pop album of the year… and it’s not just because I’m already a huge fan of one of the band’s members. The all-lady group from Vancouver, Canada features imaginary favorite Rose Melberg, the gal behind all things Tiger Trap, The Softies, Gaze, and Go Sailor.

On the group’s debut self-titled album, Ms. Melberg has stepped away from the demure and subtle, filling Brave Irene’s songs with boisterous glee and velvety shoegazer swells a la The Primatives and The Flatmates.  The eight-song release hits the shelves (on cd, MP3 download, or limited edition creamy white 12″ vinyl) on March 15, 2011, on Slumberland Records (it’s a perfect companion to the latest Pains of Being Pure at Heart, donchaknow). I can’t wait to hear all 18 minutes of it!

Here’s the two songs I’ve heard so far… what do you think?: