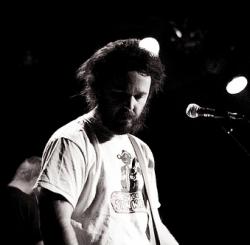 Autumn has descended upon Seattle in full force — tree droppings litter the sidewalks, dark and grey skies extend late into the morning, breath can be seen in the chilly night air. Nothing goes better with all of this than some chai tea and indie rock shows to take the edge off the chill. Hardly two weeks into October and we've already been treated to some excellent music by local cornerstones. I was still reeling from Seattle legends Kinski, when scarcely a week later the Showbox was treating us to a three night block of those Idahoans Built to Spill.

My wariness of indie bands stems from the strong feeling I get when I hear one and think, "Built to Spill was doing this a decade ago!" The band has been around since the early 90s, and maybe it is a bit unfair to immediately snub a new band just because they lift some of Built to Spill's sound. After attending my first Built to Spill show, I now understand how inspirational they truly are. 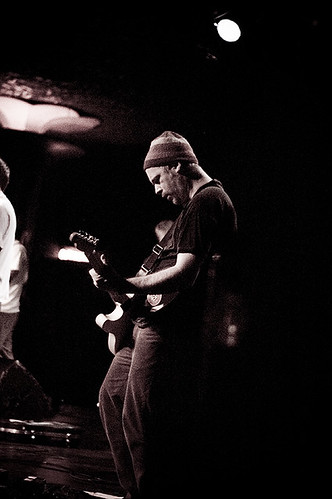 Standing front and center, there was too much visual stimulation to take in without my head whirling. Three guitarists working their instruments, gliding up and down the necks with finger slides. Their sound is definitely not enclosed in the indie-rock box; the wall of guitar sound produced could put even many of the post-rock bands this writer raves about to shame as well. I couldn't decide which band member to watch, feverishly craning my head back and forth to catch as much as possible.

If watching the band wasn't enough to move you to artistic action, the addition of more visual display certainly was. Dark surreal drawings and paintings of creatures with grotesque facial features graced the projector screen in the background. Some were crude and elementary, but most were macabrely interesting. It felt a bit like an art exhibit had stumbled upon the concert. 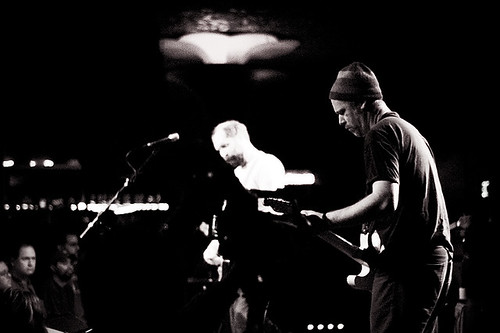 Humility is hard to find among rock-stars, especially those as well-established and long-run as Built to Spill. Their actions displayed a deep level of humility while on stage. Despite fanatics in the crowd loudly professing their love for the entire band or just front man Doug Martsch, the band meagerly gave thanks or went about their business as if oblivious to the yells. Perhaps in some cases such a small show of gratitude would be written off as pretension, but there's something about those five guys which makes me think otherwise.

Besides, what they lacked in eloquence, they demonstrated in set structure. I'd say an hour and half long set is the best way to show gratitude to your loyal fan base. A very hearty jam of an encore took place for an extra fifteen minutes, incorporating openers Camper Van Beethoven's members.

One more inspiration the band provided was on the crowd during the show. I've heard many a time over how Seattle show goers don't know how to dance, no one moves during the shows, so on and so forth. Apparently Built to Spill must have some special effect on us passive arms-crossed-slight-head-bobbing Seattlites because pretty much the entirety of the sold out, packed in Showbox crowd was swaying and moving their feet. Perhaps those grumblers just need to attend a Built to Spill show to have their preconceptions changed.

Do I still fully fault those bands who have an awful lot of influence from the sounds of Built to Spill now that I've seen them live? No, not so much anymore. Hell, some aspects — like the humility and creative risk-taking — all bands should aspire to.