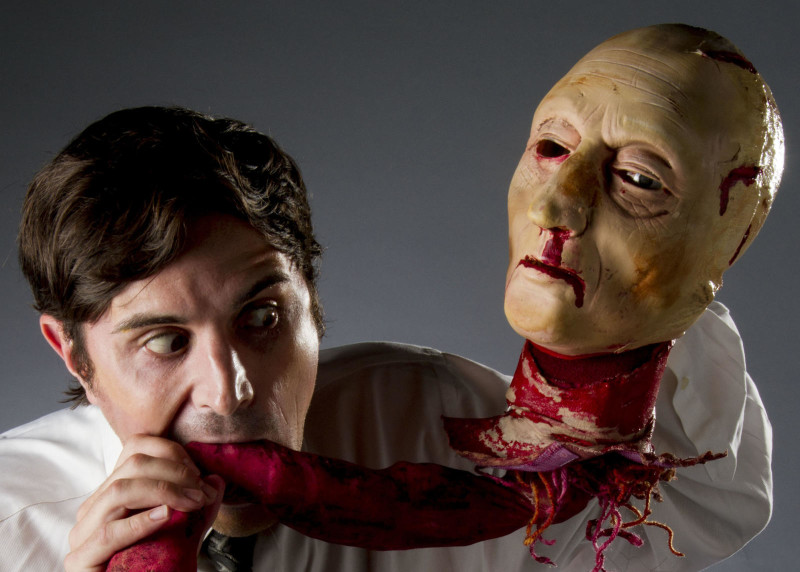 More love for the non-musical things at Bumbershoot! Yes, there are a lot of bands I wants to see. BUT there are also a lot of other things too, so I always try to make a point to squeeze in a few things that don’t involve trying to avoid a contact high or getting kicked in the face by enthusiastic stage divers.

Here’s what I’m planning to take in from the Comedy, Theater, Film, and Visual Arts goings-on this year:

Janeane was HILARIOUS when I saw her do comedy at The Neptune not too long ago, so I would love, love, LOVE to see her again … also, maybe I can “bump” into her around the Center just so I can tell her that I would have picked her over Uma right at the beginning, no contest. Ben Chaplin is DUMB.

Nye + Mirman + SCIENCE! (I’m just hoping that Mirman says that in his Gene voice, “SCI!ENCE!” and then breaks out a keyboard)

HORROR IMPROV! My only complaint about Blood Squad is that they don’t use actual (special F/X) blood. Otherwise, they’re golden. Slasher flicks + comedy make me happy.

Hey look! Another horror-related thing on stage! This time WITH some Zombie F/X! “An award-winning zombie odyssey” – how can I pass this up? How can ANYONE?

Shorts festivals are THE BEST you guys! And Bumbershoot has shorts running all three days of the fest during its 1 Reel Film Festival. Of course I’d  love to see them all, but if I have to pick just a couple, here’s what I’d see:

So much great art this year! In addition to Flatstock (which Is a MUST every. single. year.), Bumbershoot has a bunch of art installations happening this year that look amaze.

Food for Thought
Fisher Pavilion, all three days
Art made out of food! Hopefully I’ll remember to eat lunch before I go and check this one out.

Bumbercade
Fisher Pavilion, all three days
Games, games, GAMEZ! I like it. And I wanna play.

It was just announced that due to illness, the Before Seattle NW Music Retrospective 1976-1990 has been replaced by Jini Dellachio: January 31, 1917 – July 3, 2014 (in the Fountain Pavillion). Curated by Chuck Pennington and assisted by Larry Reid, this exhibit celebrates the life, career, and art of Jini Dellaccio, an American photographer best known for her 1960s images of Northwest rock and roll acts including The Sonics, The Wailers, Merrilee Rush, The Daily Flash, and many others. I’m kind of bummed, but this is a fine replacement.Dellaciio’s work is SO GOOD.