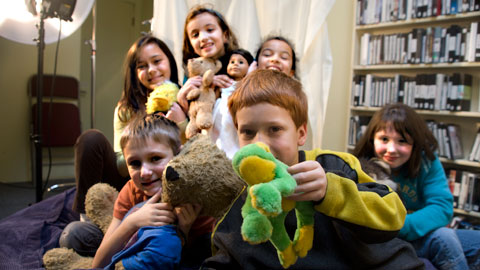 12-1pm: Films4Families: My fave of this bunch is the sweet documentary Something To Hold Onto, about kids and their toy companions. They’re all adorable, but the first boy with his “Bare” broke my heart a little when he said he was sad knowing that he’d grow up and not love him as much someday. Awwwwwwwwww

1-2pm: Critical Mass: Bikes, bikes and more bikes. Fanatic shows us a day in the life of Daniel, a bike messenger teased for his size who learns to finally appreciate himself through a few random acts of kindness.

2-3pm: Reel Grrls: A local program after my own heart – Reel Grrls teaches women that they CAN be awesome directors who create meaningful art and that a chick could totally win an Oscar for Best Director. Includes Dark Material: a short doc about artists who focus on the darker side of things & featuring the music of Anomie Belle, Thicker Than Water, which tells us that Vampires are people too, and It’s In The P-I: a recap of the paper’s last days. 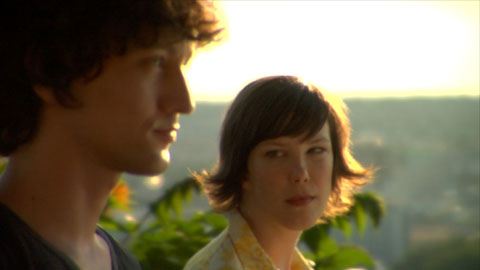 3:30-5pm: Next Generation of German Film: A collection of stunning surprised from young German filmmakers. I really enjoyed Rose-colored, a short animated film about love being literally blinding, and Amoklove, about a couple that meets randomly on a subway and share a magical 3 weeks – but never say anything to each other about it.

5:30-6:30pm:  Made in Seattle: A few great local submissions. The Day My Parents Became Cool explores what would happen if everyone’s ‘rents suddenly adopted teenage style, and A Morning on Maple Street shows how one block’s residents come to each other’s aid during an emergency.

7-8pm: International Male: Boys, boys and more boys. Awkward actually features girls too, and takes place in opposite land where discussing explicit sexual details over dinner is the norm. 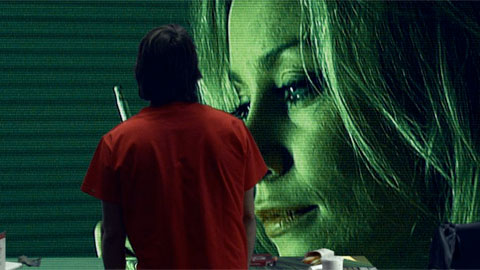 8-9pm: I Have Seen The Future: A Sci-Fi double-feature. Afterville is set in the Italian city of Turin on the last day of an alien countdown where no one is sure what will happen, and Greenspoke showcases the UW, Capital Hill and Golden Gardens during its tale of a genetically modified organism picking the wrong hosts.

9-10pm: Dreamscapes: I wasn’t able to see either of these two films, but the fact that Scatterbrain has the music of Daniel Johnston as part of the score it means I NEED to see it ASAP, and based on just the film still, Holding This For You looks stunning.