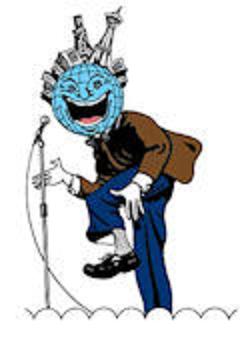 This year marks the 30th anniversary of the Seattle International Comedy Competition. This competition attracts talent from all over the globe and allows them to showcase their comedic chops in search of the ultimate prize of eternal glory. Not unlike a wide-scale cage match, hundreds enter, but only 32 compete in the finals. They come out armed with impressions, one-liners, things that make you squirm, things that make you groan, and things that will leave you drying the corners of your eyes. One winner emerges triumphant. Many very successful comics including Patton Oswalt, Mitch Hedburg, Bill Radke, and David Silverman have been winners on this stage and many more have been able to use it as a catalyst for their careers.

In celebration of this milestone, the Bumbershoot local comedy stage will be featuring some of the best acts of the Seattle International Comedy Competition over the past 30 years to give a sample of what it takes to do well in this competition for would-be auditioners, a taste of what Seattlites find funny, and an opportunity for previous winners to rub elbows and wallow in the glory a second time. This event will be taking place Sunday, September 6 at 6 PM on Comedy Stage West.