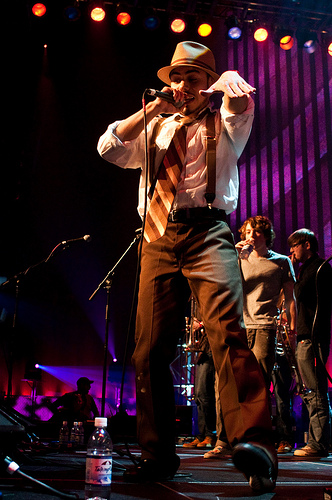 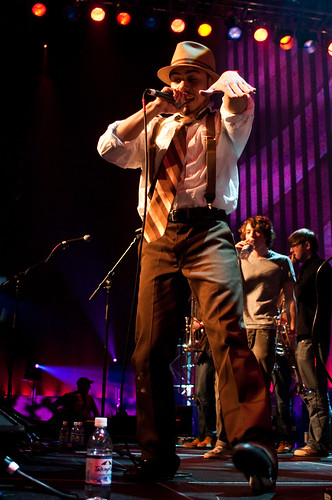 Dyno Jamz most likely were the first band to be named to perform at Bumbershoot this year, as their set was part of their prize for winning the EMP’s Sound Off! competition earlier in the year.

Like their predecessors Digable Planets, Dyno Jamz is a group that finds the common threads in jazz and hip hop. They have a tight, funky 7-piece band (including a horn section!) that provides the music for their emcee, Zac Millan, to rhyme over. From watching the clips of the Sound Off! performances on YouTube, it’s quite clear that the band has a comfortable stage presence with a fully fleshed-out sound. With Sound Off!, all band members have to be under 21, so I’m anxious to see how this band grows and realizes their full potential as musicians and artists.

Here’s the video of the band performing “Come Out and Play” during Sound Off!: