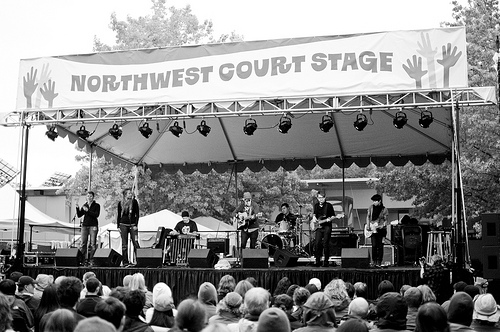 Bumbershoot preview: how to get the most out of your Saturday {9/3}

With over ninety-something options vying for your attention from opening gates until the closing bell, making the most out of your day(s) at Bumbershoot definitely takes a little bit of planning. All the normal festival rules apply: pack light, wear layers, don't forget the sunscreen (and remember pace your drinking!)…. but on top of all that — first and foremost — get that schedule out and go over it with a fine-toothed comb. We did, and came up with a handful of can't-miss acts and installations to help make your Saturday the best it can be:

Flatstock {all weekend, Fisher Pavillion}
A true no-brainer for the concert-lover in all of us, Flatstock fuses memories of some of the greatest shows on earth with track-stopping-ly gorgeous graphics. For as far as the eye can see — almost literally — and for all three days of Bumbershoot, Flatstock displays row after row, booth after booth of a staggering per-square-foot amount of artistic content. With so much talent in such a small space, and no additional costs to check it out once you're on Bumbershoot grounds, you'd be silly to pass it up.

Andrea Gibson {12p, Words & Ideas stage}
We know, we know — spoken word isn't everybody's bag. However, and we speak from firsthand experience when we say this: you do not want to miss Andrea Gibson's performance at Bumbershoot. Period. She's an incomparable writer / poet / activist, and will be doing an event with Youth Speaks Seattle at noon. Believe these words: if any part of the installment involves Andrea doing one of her pieces, you'll literally be beside yourself at very sight and sound of it. PS, she hardly ever makes it out to the Pacific Northwest — all the more reason to get down to Seattle Center early and start your day at the Words & Ideas stage. 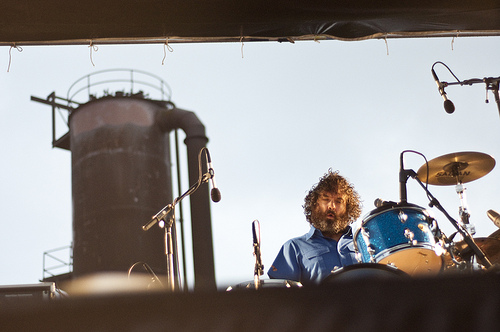 The Presidents of the United States of America {2:45p, Main stage}
You. The Presidents. "Lump." Dance party. We'll see you in the front row. 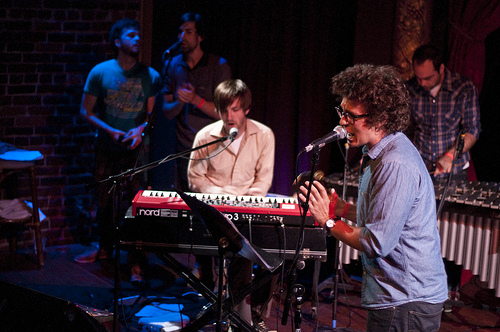 Pickwick {6p, EMP Level 3 stage}
With a wide appeal and an addictive sound that's catching the attention of the masses these days, Pickwick is sure to be a crowd pleaser at their pre-sundown Saturday set at Bumbershoot. They manage to fuse a melancholy verbosity with an upbeat tone — making them the danciest sad-chord sex- / sep-tet this side of the Puget Sound.

Colin Meloy & Carson Ellis: Wildwood {7p, Words & Ideas stage}
HarperCollins Publishers, in their infinite wisdom, have signed a three-book deal with Colin Meloy and Carson Ellis — and the first book of the 'middle-grade' series is upon the world. Wildwood had been described as "incredibly original yet timeless – nothing less than an American Narnia" and that the two of them have managed to "tap into the greatest potential of an illustrated novel; the words and images invigorate each other in a way readers rarely get to experience." Take a break from the dance party and get up close and personal at the Words & Ideas stage at 7p before capping off your night! 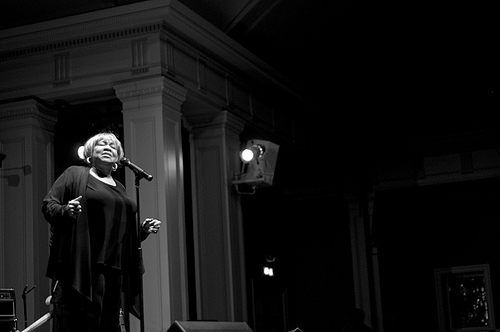 Mavis Staples {9:30, Starbucks stage}
We're lucky to have some honest-to-goodness legends among us at Bumbershoot this year, and Mavis Staples is one of them. She's enjoying a newfound resurgence in popularity among the younger set thanks to last year's collaboration with Jeff Tweedy, and coupled with her long-standing fame and capabilities, Mavis Staples is once again a veritable force to be reckoned with. While there's many choices you can make to round out your evening on Saturday, hitting the Starbucks stage to see this performance should be the priority on your list.

Stay tuned! Sunday and Monday recommendations are on the way.