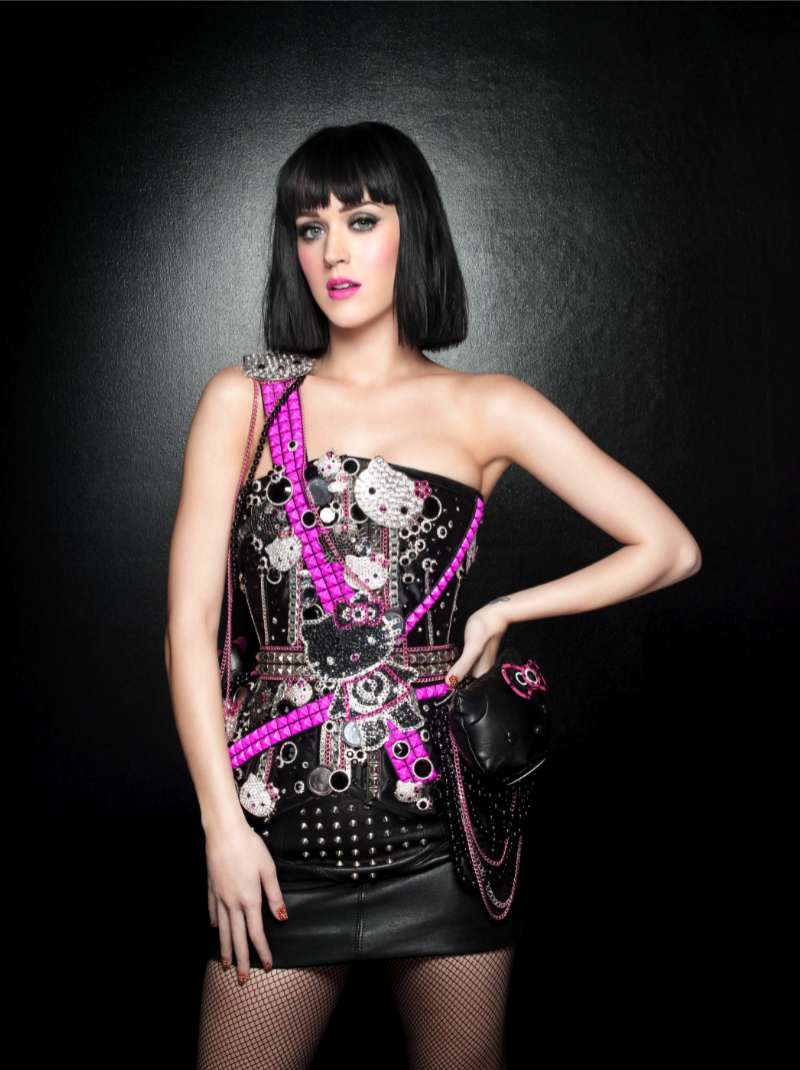 A few weeks ago, after Sub Pop made a very generous offer of $10,000 to the Northwest Film Forum during their emergency fundraising campaign, I made a comment on Twitter that I would refrain from making any critical comments about one of the label’s highly regarded local bands for the remainder of the week (this was probably on a Tuesday or Wednesday). I thought it was an inconsequential remark but it touched a nerve with a friend, who then challenged me to start pointing out the dumb things pop stars say and the two examples he gave were Lily Allen and Katy Perry.

There is no shortage of people who are eager to point out the seemingly foolish things that come out of pop tarts mouths; I’m just not one of those people.

I don’t think I’ve ever written anything saying that I was anything more than neutral when it came to Katy Perry (I’ve written plenty of my admiration for Lily Allen and flown out of town to go to the first two shows on her US tour this spring). I’m not so naïve to think that I was assigned to defend Perry for any other reason than to create an artificial straw man and make my pro-pop arguments seem specious. I resented being assigned membership to her fan club because Perry is far too close to Perez Hilton (a figure so loathsome I endorsed violence against him recently) for my comfort and she made an unfortunate crack about Allen’s weight. Most unforgivably, there’s her first single, “Ur So Gay” – it’s a monstrosity of a song that deliberately confuses metro- and homosexuality and plays into offensive stereotypes. Worst of all, it’s not catchy.

Here’s the thing: I like Katy Perry. It’s sort of begrudging, but here’s why.

Perry’s one album, One of the Boys has four songs that I really like (and eight that I’m either indifferent to, or in the case of “Ur So Gay”, actively dislike). Those four that I think are great are “Hot N Cold”, “Waking Up in Vegas”, “Fingerprints”, and, yes, “I Kissed a Girl”. The harmony on “Mannequin” is also nice.

When discussing “I Kissed a Girl”, can we stipulate that Perry decidedly did not rip off Jill Sobule? It’s obviously a sore spot for Sobule, who had a 1995 single also called “I Kissed a Girl” and lashed out at Perry in an interview and called her “thieving” and a “fucking little slut”. I shouldn’t even waste an entire paragraph on such petty nonsense but the only similarities between the two songs are the title. There’s no similarity between the melodies, the harmonies, the verses, the choruses, the tempo or the theme. I understand Sobule’s frustration, as that is probably the one question she has been asked in every interview she’s given since Perry’s song debuted. It’s unfortunate that Sobule has to talk to people who only pretend to care about her newest album and just want to ask about Perry. It’s still hardly Katy Perry’s fault that after a twenty-year career, Jill Sobule doesn’t have a second song people care about.

Perry’s “I Kissed a Girl” was co-written by Perry, Cathy Dennis and the hit-making duo of Max Martin and Lukasz Gottwald (aka, Dr. Luke). Thematically, it is a song that is meant to titillate the type of man who carries both a box of condoms and Rohypnol to clubs on a Friday or Saturday night. When Perry sings in the chorus “I kissed a girl just to try it, I hope my boyfriend don’t mind it…it felt so wrong, it felt so right; don’t mean I’m in love tonight”, it’s tough to argue with who the target audience is for this song; it’s pornographic, not romantic. That may be true, but Perry, Dennis, Martin and Gottwald have crafted a song that may be thematically-flawed but is technically brilliant and the result is something deliciously trashy, even if you fit outside of the market niche. The chorus is irresistibly addictive over a four-on-the-floor kickdrum beat. Moreover, in a song meant to be artificially sexy, the bridge is genuinely so. It may or may not be a “guilty pleasure”, but we shouldn’t deny the second word of that phrase.

“Fingerprints” is my favorite track from that album on most days. The song, while not (yet) released as a single, is a sort of anthem about breaking the negative image her generation is saddled with. It has a chorus that goes “It’s my life and I’m not sitting on the sidelines watching it pass me by, I’m leaving you my legacy, I gotta make my mark, I gotta run it hard”. It is engineering brilliantly, with a big chorus and (like “I Kissed a Girl”) it really nails the bridge. The opening verse is first sung over a repetitive guitar part until the steady drum beat kicks in. It’s an example of when pop music is done is exactly right.

Maybe I walked into my own trap by praising Dennis, Martin and Dr. Luke earlier. They are hired guns who make hit records and are very, very, very good at what they do. The next charge that gets flung at Perry (and any other pop star you can name, fairly or unfairly) is that “they don’t write their own songs”. It’s true that pop music relies on a lot of hired guns (one of my favorite websites, Popjustice, says that Martin is “responsible for 65% of ALL amazing pop music”) and “I Kissed a Girl” surely wouldn’t be the song it is without their help, but Katy Perry herself has pretty good pop instincts as well. She has a songwriting credit on every song on One of the Boys, including three where she is the sole songwriter (the title track, “Thinking of You” and “Mannequin”). Perry also has songwriting credits on two songs from Kelly Clarkson’s album All I Ever Wanted, including the great single “I Do Not Hook Up”. Perry doesn’t just write her own songs, she writes other people’s as well.

There have been more than a few things that have come out of her mouth that aren’t usually the most intelligent. The joke she made about Lily Allen’s weight is the hardest for me to defend (she something to the effect that she’s like Amy Winehouse but heavier and like Allen but skinnier – although she’s not British) but it seems more than a little unfair to give a free pass to the singer of an indie darling band who doesn’t understand the ownership structure of the label that puts out his band’s music and who made the ridiculous claim that file-sharing was the reason that his generation of musicians has produced better music than the one that preceded it while simultaneously scrutinizing everything Perry says. Once in a while, she’ll even make a good point.

Katy Perry could or could not be the self-aware pop star that our time does or doesn’t want right now. She is whatever you want to be. I want her to be a bitchy, foul-mouthed pop tart that also has some great songs to her name. And so she is.

{Katy Perry plays on the Main Stage at Bumbershoot on Saturday, September 5 at 1:45pm.}