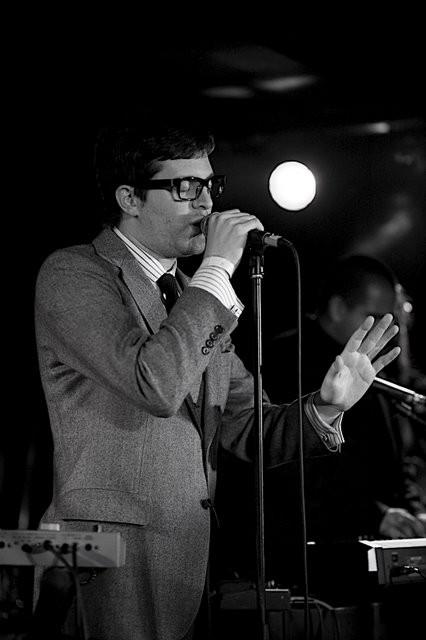 The story with Mayer Hawthorne is that he recorded a couple of neo-soul songs and the would-be head of his label, Stones Throw, initially assumed they were covers before eventually signing Hawthorne. It is an easy assumption to make. Listening to Hawthorne for just a few minutes, you hear his soulful crooning over breakbeats and don’t initially assume it’s a white kid in his late twenties. Claiming inspiration from artists like Curtis Mayfield, Smokey Robinson and Isaac Hayes, Hawthorne wouldn’t be out of place if one of his songs came on the radio in the middle of a playlist of songs from his aforementioned heroes.

Hawthorne is set to release his first LP, A Strange Arrangement, just a few days after his set at Bumbershoot on the LA-based hip hop label Stones Throw, who were said to have signed him after hearing just two songs. They also released his single “Just Ain’t Gonna Work Out” as a 7″ with a red heart on the vinyl. Hawthorne is set to begin his first headlining tour, with Bumbershoot being his first stop.

{Mayer Hawthorne and the County play Bumbershoot at 4pm on the Fisher Green Stage on Saturday, September 5.}