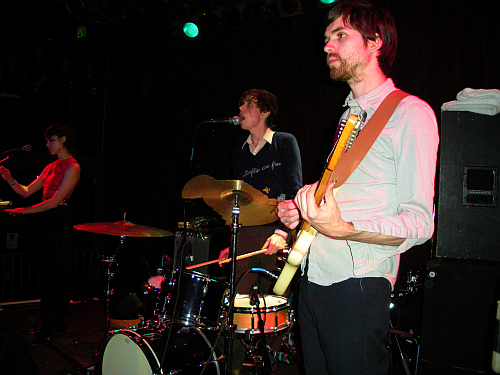 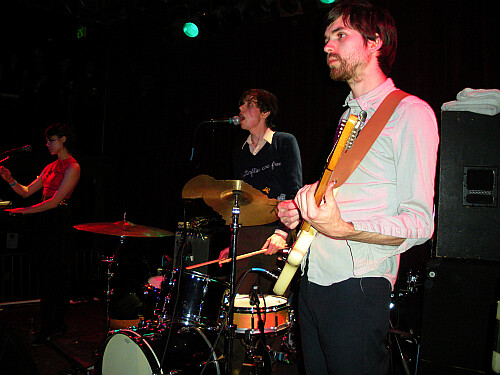 Parenthetical Girls started out as a collaboration between Zac Pennington and Jeremy Cooper in 2002, then known as Swastika Girls, a name lifted from one of their influences, Brian Eno’s collaboration with Robert Fripp on No Pussyfooting. This album is an experimental one for Brian Eno and reflects the manipulations of pop and the lo-fi recording techniques used by Pennington and Cooper on their first eight track recordings. After dismissing the fruits of their labors for a while, Pennington unearthed the tape and handed it off to Jamie Stewart of Xiu Xiu and Jherek Bischoff of the Dead Science.

Thus, Parenthetical Girls came to be with the release of (((GRRRLS))) featuring mixes of the same seven songs by Stewart on one side and Bischoff on the other. The name change came with a change in lineup that has finally landed Parenthetical Girls with permanent members Pennington, Matt Carlson, Rachel Jensen, and Eddy Crichton on the Sky Church stage, this Sunday at 3:30 during Bumbershoot. Don’t miss their lovely and lilting songs that feature glockenspiel, synthesizer and guitar in a winning combination of insular sadness and uplifting sweetness making your insides as warbley as Pennington’s vocals.