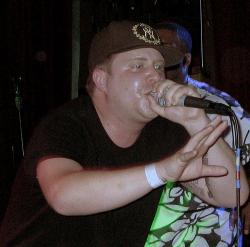 Underground hip hop was the first genre of independent music that I experienced. While working in the music department of a big box east Texas store, my washed-up hip-hop-o-phile boss drug me to his beat up Honda Accord on breaks to school me on DJ Shadow, Company Flow, De La Soul, Del Tha Funkee Homosapien, and Jewish comedic rapper MC Paul Barman, among others. I built on those first lessons, and my boss Jeff created a lifelong hip hop fan in me.

I missed Busdriver the last few times he came through the Northwest and regretted it every time. This time I made sure my schedule was clear for the mammoth triple bill of Busdriver, Dizzee Rascal, and El-P. Neumo's has had its share of capacity and sound troubles as of late, and it admittedly is my least favorite venue in which to see a show. Neumos was sold out and there were people outside waiting for them to release more tickets, yet the back 1/3 of Neumos was nearly empty.

Busdriver, born Regan J Farquhar, was received well, though with much less enthusiasm than he was putting forth onstage. He dallied not, spitting forth his quick lyrical delivery right on target. Busdriver began rapping at age nine and it shows. His tight delivery and odd nasally voice, combined with his easy freestyling make him an interesting performer to behold. He is intensely lyrical, and the strength of his music relies on his ability to say things that really make sense, and say them very fast. He has one of the fastest flows I've seen live and he was a joy to watch perform, physically illustrating his music during the performance.

The second performer, Dizzee Rascal, packed Neumos (to its 2/3 capacity anyway). Dizzee is a British rapper and producer, melding his sound from bits of ragga, grime, rap, and MCing. Dizzee has a gruff delivery but incorporates such unconventional elements into his music as metal guitar riffs, found sounds, cheesy synth lines, and world music ranging from Africa to Asia. Dizzee bounded onstage iterating "Do you know what my name is? When I'm done here you better know my name!" and there seemed to be no one there who didn't. Typical of grime, Dizzee is one fast and frenetic rapper, jumping around and riling the crowd. He seems to feed off of the energy of the crowd, and the crowd sure as hell fed off of his, shouting the lyrics while throwing their hands up in the air. His English accent and slang make for an interesting hip hop experience but he didn't relent on energy, working the crowd up into a frenzy of bobbing heads. 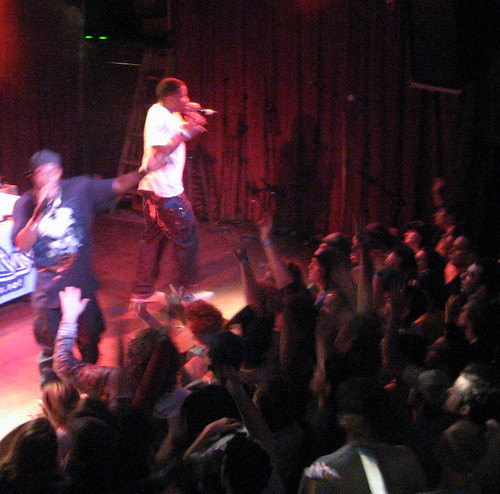 The much awaited headliner El-Producto, more popularly known as El-P, finally mounted the stage amidst a couple hundred cheering fans. Half of the seminal alternative hip hop group Company Flow (the other half being Mr. Len), and co-owner, founder and CEO of big-time indie hip hop label Definitive Jux, El-P has an impressive resume. As a producer El-P has worked with Aesop Rock and Cannibal Ox, the two acts that brought Def Jux its fame, and he has worked with countless other hip hop and electronica musicians over the course of 10 years or so. 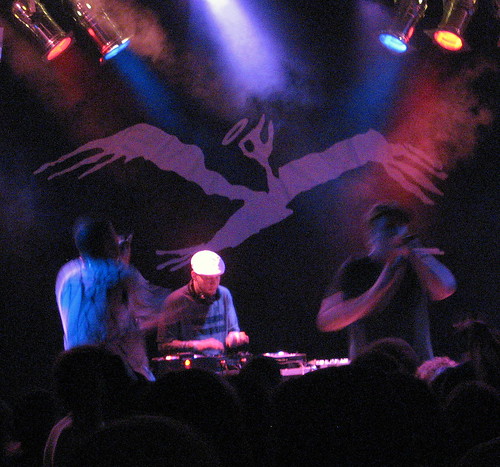 The two opening acts of the night were extremely strong, and their fans steady, but El-P put them to shame. At the helm with master DJ Mr. Dibbs, El-P cranked out old school, new school and everything in between. Heads weren't just bopping, they were banging. From the most ghetto guy to the frilliest girl, almost everyone in the club was dancing. El-P brought it last night, reaffirming my love for his new and for his older groundbreaking work. El-Producto is a force to reckon with in the hip hop world, and judging from his track record thus far, he will continue to shape the sound of independent hip hop for years to come.