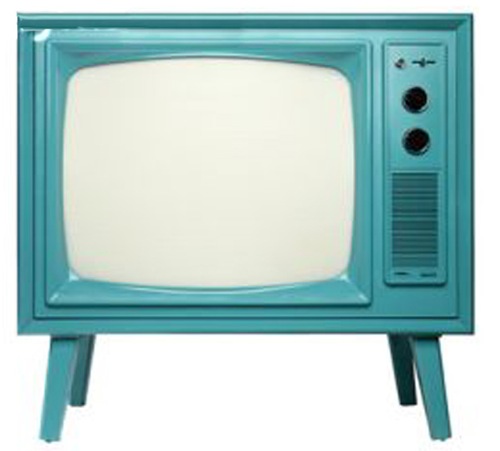 (This is the beginning installment of a column about getting cable turned back on after five years and watching regular television again. What has happened in the meantime? What has the rest of the country been doing since I’ve been playing music, going to shows, reading books, talking with friends, avoiding creditors, trying like hell to escape the too-tolerated madness of mainstream consumer society? Well, here goes — for as long as I can take it, before calling to cancel cable.)

We got cable television a few weeks ago. It was a slow form of hell getting prepared for it and following through. This included disconnecting from the previous internet company to buy a “bundle” (cable, phone, internet) but the guy who normally hooks up the apartment building we live in didn’t put in the right order, so while I tried to get rid of the previous internet provider in the politest way possible, I also had to act as a liaison between the technicians at the new company and the dude who, um, brought over the paperwork (?).

I loaned the “agent” the Requiem For A Dream DVD he spotted on my bookshelf because he came here to see who was giving him such a hard time trying to get their cable bundle set up. He turned out to be a muscle-bound young biker who lives downtown; naturally, a big fan of Sons of Anarchy, which made me wonder if he was a biker before he saw the show. (That may seem cynical, but he was pretty young, and a Seattle guy, and do we have a big organic milieu for bikers here really?)

I liked him though and admired his vein-popping arms and he turned out fascinated by my collection of drug movies. Requiem I could live without though. (I never loan anything I can’t “live without” usually, though some red-headed scamp freelancer made it out of here with my copy of Patti Smith’s Just Kids the other night, damn her champagne-bubble ebullience.) I had bought a six dollar copy of the movie from a now-dead record store nearby when my mom was dying. Good timing. Just plunge into the darkest, bloodiest part of your guilt about addiction and messed-up mom-avoidance, at the best time of all.

I loved how the cable guy said about Requiem as he left our apartment, “These movies always start out great. I hate how they end. I just watch the beginnings over and over.”

Anyways: television. We’d lived without it for five years, basically. Like many in our generation, it was recorded movies now — first VHS, then DVDs, and then on the laptops. So the content of TV has still been with us, it was just carefully selected and chopped out of commercials and time restrictions and mindless channel hopping. I kind of had a nervous breakdown when we lived downtown and it soothed my nerves not to have what Ken Kesey calls “the demon box” afterwards. (We watched local programming though before everything went high definition-friendly digital a couple years bacl, but with only a couple of channels, not enough to have any real effect on our daily lives other than snow reports and election results. Which we spent more time reading up on computers.) We would have been in what Michaelangelo Matos once described to me as, “the TiVO generation,” when we discussed Tv briefly at the EMP Pop Conference. But our household didn’t have a show-recording device, just play-backs, and a library card, and 3 a.m. binge purchases of box sets on Amazon (oh hell).

Why did I restart cable? Simple selfish self-pity: I had been yelling and punching at the table around our computer due to horrible, slow-as-possible-remission-cancer internet for awhile, and if I was going to upgrade — even if we had less money now — I was going to get something fun and new (again), too.

It turned out that increased speed on the internet probably would have made me happy enough; and our phone bills have been cheaper and I don’t feel burned every month by our phone company for the land-line. (I had once complained about a bill and somehow convinced the customer service person to shut off our long distance without intending to; when I called back to get it reinstalled, they insisted on charging to set it back up. Which I wasn’t about to do — get punished for complaining, and then buy my way back in to their “services.” Bitter. I’m bitter. Powerless, helpless, bitter.) So the change was basically fine in the ways I needed change — but I’m an American, and again: “I want more fun, and I want it NOW, damn it.”

(Well. Hasn’t quite worked out that way … but more on that as we go.)

Besides, I thought since every time I had seen TV since having our cable shut down five years ago, it had been little blurts of madness. “Why Animals Attack!” screamed one news reporter as I had dinner with my wife and we had the news on in the background. “Because they’re … animals?” we chortle-responded, then turned off the set. We made fun of this with our friends when we bragged about not having cable.

And we were just as happy, if not more-so, when we didn’t have cable. I saw no shows where people eat too much food to entertain viewers and probably ate a little less myself; these shows are totally awesome the first few viewings, with butter-fried piles on bread-roasted platters of artery-stuffing death being hurled down gaping, grease-lipped maws. But the endless repeats leave you feeling nauseated — and fatter, too, because the TV is saying, “This is OK. You can eat like a fucking asshole, too.” I had a hard enough time with my Scotch habit after falling in love with DVDs of the television series Mad Men: I was hypnotized by starched white sleeve collars above manly hands gripping a tumbler of noble girth filled with a couple happy splashes of amber intoxicant. Yummy. Now I was going to work out not only more hungover, but would need to increase walks too.

But maybe that’s why I set the cable up: For inspiration. To do this, write about it; and to fight that: Temptation. Plus, going back in the zone, flipping between worlds I don’t live in, watching people with bigger appetites for stupid life than mine roll about in it all ambivalently and as if no one in the world reads, actually fucks when they’re in love, rides a full bus when a maniac is running up and down the aisles cursing God and the Masons. I’d had a year of Zen-based meditation just before, which only helped lead me to the Scotch. The Scotch had to be cut down, and at first replaced with an addiction of no calories and leaving me in a mindless bliss.

I was wrong on every count. There seem to be a ton of more commercials now than there were five years ago, but that might be my imagination or the simple fact I haven’t seen TV ads for awhile. And they mostly suck, and if they don’t, you want them to so they don’t distract you. I am now paying $30 a month to think about products I never knew existed but have to now consider whether or not I need them. And empty afternoons of Scotch may not be as bad as hearing that commercial which loudly, abruptly warns:

Before trying to sell you new catheters. And of course planting an image in your traumatized mind of people at home groaning uncomfortably as they are reinserting piss-crusted tubes straight up their genitals. Again and again and again.

And the television, with all its many channels, so many new channels too but all of them trying to place some stupid thing in my head I would never choose to think about, is not your best vice when someone you love is breathing nearby. I should have remembered this from the anxiety spiked by it during my own stays in emergency rooms and ICUs. I was always glad when it was turned off, which was rare due to our folie a deux (shared psychotic love) for “the A/V vampire.” Why have I turned it on in here now, really?

So no, you don’t need television. In case you didn’t know that already (duh). I mean, I really used to think you needed TV, but just pretended you didn’t when you didn’t have one. It was an act. The soul evolves with technology (that’s “Don’t debate it! I don’t want to hear it!” sarcasm) so TV soul is primal, old world soul — the warmth we get from turning on our personal computers in the morning and checking in to our favorite websites, or the feeling we get when our cell phone vibrates in our pockets (I don’t have one, but I can imagine), this is real church.

The holiday cards my parents gave me when I was a kid: On my birthday, I’d get a card with little doors on the front that would open to tiny little rooms with coins. Or on Easter, the little flaps revealed a sliver of chocolate. That is the Internet, that is the incoming call on the bus or when we’re walking between stores.

Like a rehabilitation program, TV is all stick and no carrot.

I got cable too because I imagined by now there would be endless supplies of Lost re-runs — channels showing all these shows I’d been renting and buying DVDs of for years. Now it would all just be there when I turned it on, no more hitting Scarecrow for rentals, waiting for a sale at a bigger independent store, or when I was really lazy, ordering box sets through the mail. Technology had to have caught up to me by now, with tons of shows I’d yet to peruse on disc!

Well, no. Not really … just shows that came out in DVD collections I was avoiding in the first place, without realizing it. They still keep the good stuff behind little doors at those cable stations, parsing it out to box set buyers and airing them in the middle of the night for DVR users.

Instead of cable, I needed to get cable and a DVR. Suddenly, renting and buying shows seemed more reasonable. Too reasonable, in fact — like learning to drive or actually cook food right and not just microwave stuff, reasonable-gauche. This would make me trying to hard or being too savvy about my entertainment. I was the last guy to buy a CD player for this reason. “Easy access, selecting tracks? What are you, a Philistine?” My guess is that I will just cancel cable. The all or nothing babes in apocalypse’s thrown-out ashes, trying to program a bone.

Stay tuned and find out how that goes in the next installment of Cabled, where I discuss the classic book Four Arguments For The Elimination of Television by Jerry Mander, wonder how a network could bump out a charming, goodly-hearted show about the last work left in American (Parks & Recreation) and replace it with an ethnically-objectifying piece of crap about our jobs being sent overseas (Outsourced) in the same damned time slot, and … oh wait, there’s a rerun of The Walking Dead on!