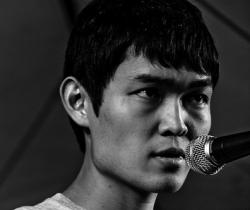 With his folksy, Simon and Garfunkle-esque vibe, PWRFL Power was like an acoustic palette cleanser after the raucous dance party that was U.S.E. (check back for that review soon). However, it may be that the one man band was not best suited to the festival setting.

You could hear that he was a talented guitarist, drawing his style from classic blues and folk rock, but he often slipped into monotony when he thundered on one chord for an extended time, and it was frequently choppy as he stopped playing in order to sing each line. 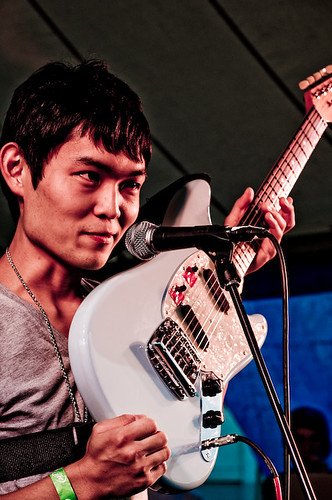 It was obvious that the songs were clever and witty, but the lyrics were drowned out by the usual festival chatter, and sang somewhat softly. I am not prepared to write off PWRFL Power entirely, and I’m sure that in normal show circumstances I would thoroughly enjoy his music, but in the crowded, loud and smoky audience at the Block Party, he just didn’t keep me compelled. 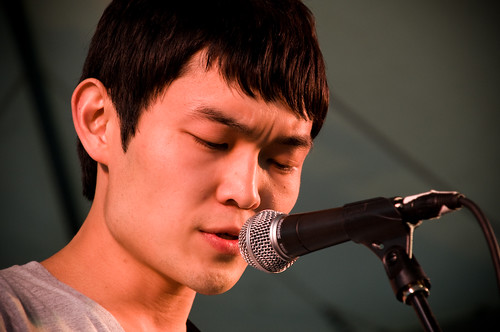