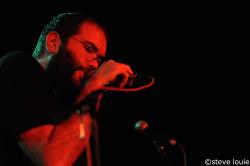 Casiotone for the Painfully Alone

Saturday night at the Vera project saw the return of Owen Ashworth – solo musician aka 'Casiotone for the Painfully Alone' who played recently in the Pacific Northwest.

It shaped up to be a super chill musical evening along with "Your Heart Breaks" and "Foot Foot" providing the support.

Here are some photos of the big night of music:

Owen started out his set with a Christmas song called "Cold White Christmas" and then he acknowledged the crowd in a real nonchalant way:

"Thanks for coming to the show. Feels like I'm trying to get this show started – like going into a cold lake. After five songs or so we'll be cannon balling into this.."

Supporting vocalist Jenny Herbinson came up on stage to sing the parts to the song "White Corolla" ( a simple song about a girl who calls her boyfriend to bail her out because her car broke down) and parts of "Ice Cream Truck" ( another simple song but this time about getting high and stealing an ice cream truck and driving it all over town). 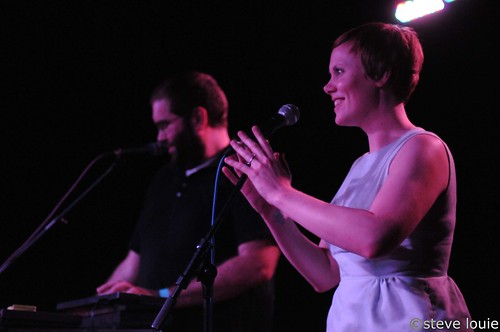 Casiotone has been around for a little over 10 years and he comes across as a frank honest guy on stage willing to engage with the audience with random stories on the road and something about his songs. 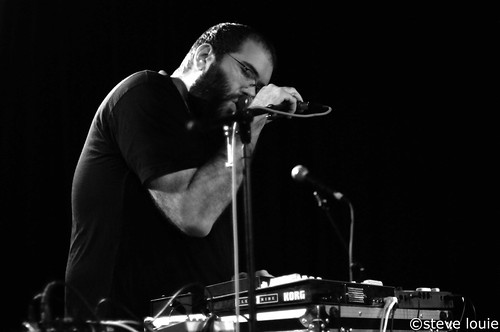 He talked about his touring days in Sweden before the song "Old Panda Days". I remember reading somewhere that one of his wildest shows was playing a show there that turned into an all-nighter dance party.

Seeing him perform on stage is actually pretty neat when you see him produce the sounds he does with battery powered keyboards, drum machines, loops, pulling wires, adjusting levels, pressing buttons, turning knobs, swivelling the mic stand back and forth and adjusting his glasses every minute or so.