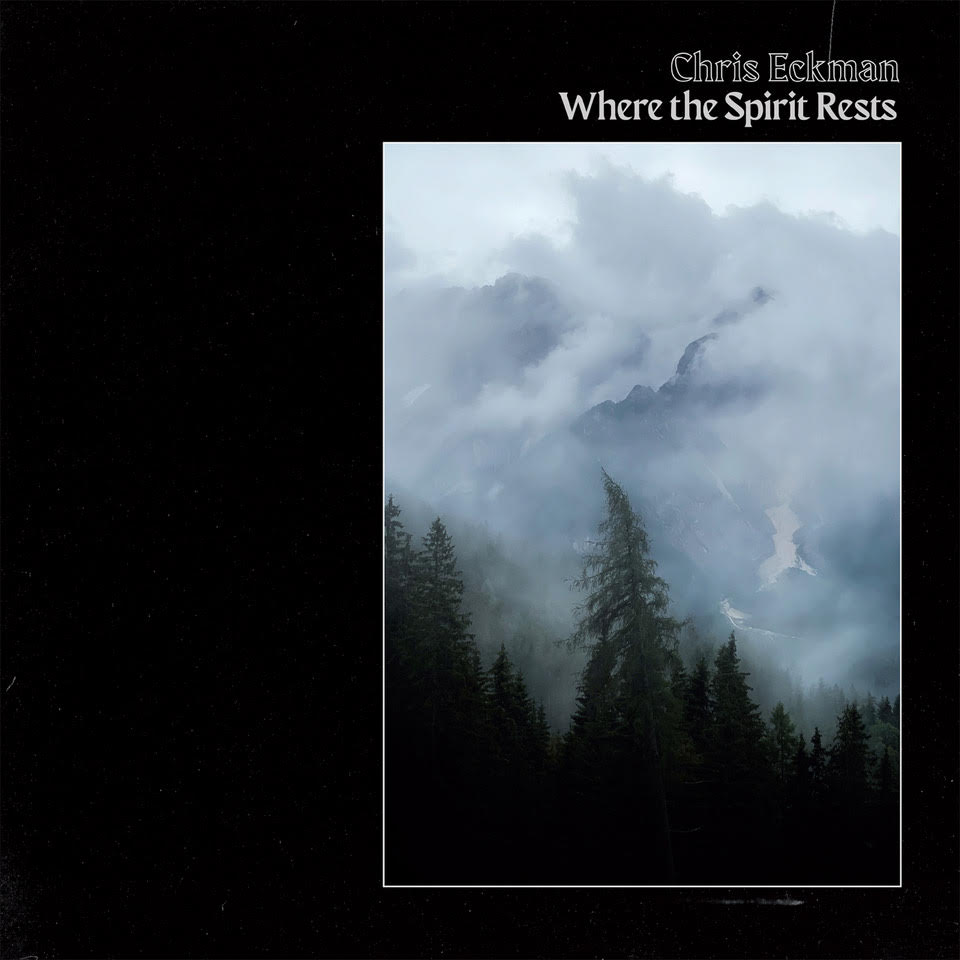 Chris Eckman: Where the Spirit Rests

2020 was a devastating year. When everything came to a crashing halt last spring, nobody knew that the misery and uncertainty of our suddenly changed lives would continue this long. It felt as though we were living in a vacuum. Even the most banal errands became upside down excursions into the new world. Chris Eckman, mastermind and principal songwriter of one of Seattle’s very best bands, The Walkabouts, was holed up in his hometown of Ljubljana, Slovenia. Although he has been incredibly active throughout his career, his last solo album was released in 2013, two years after The Walkabouts last studio release, Travels in the Dustland. With nothing to do and nowhere to go, perhaps this is why Eckman decided to record a new solo album. It was a surreal time that left plenty of space for somber reflection and that is exactly the mood that his new record, Where the Spirit Rests, so effectively captures. The record is a sophisticated songwriter’s masterpiece that is bare with a range of emotions that cover the spectrum between love and regret.

Where the Spirit Rests is melancholy and rugged. Instantly notable is that Eckman’s vocals are now becoming sanded with age. He is starting to exhibit the gruffness of Tom Waits, Leonard Cohen and Bob Dylan as they got older. Furthermore, Eckman’s new record is on the same level of their latter, adventurous records where they took risks by not worrying about what the fans and critics thought and thus released some of their very best and most honest albums. Time Out of Mind, Mule Variations and You Want it Darker largely eschewed these artists’ roots while proving that they could still reach a pinnacle in the autumn of their careers. Eckman can always be counted on to deliver brilliant records and this one represents a new height.

Where the Spirit Rests is a beautiful photograph of a fading year in hell. It’s a song cycle that in some ways could be one long song in seven narrative chapters. The lyrics and music act as travelogue into late, uncertain nights in isolation. At the core are Eckman’s vocals and acoustic guitar. There is a loose, almost Astral Weeks-like quality to his strumming and the right amount of reverb for atmosphere. Subtle accompaniment rounds out the tracks. Upright bass, drums, violin and pedal steel guitar accent his ruminative songs with perfect subtlety.

“Early Snow” is the album’s opening track. “The snow came early and stayed long/Deep into the spring,” is the first line on the album, followed soon by “Didn’t count on the bitterness/It hit me unforeseen.” These lines alone could be a metaphor for the year that seemed to a decade. The song is just Eckman and an acoustic guitar, yet the overall mood is massive. The bleakness takes you down at the ankles. It’s a powerful opening statement that is stark and poetic. Nothing else is needed to enhance the performance.

“Cabin Fever” is a moment in both the past and the present. The track features all of the instrumentation mentioned above with the musicians providing the right level of color to Eckman’s expansive palette. The drumming and upright bass almost recall Nick Drake’s first album, Five Leaves Left, in arrangement. Eckman is meditative in his remembrance of days when one had the option to just throw in the towel and leave town without looking back.

“Northern Lights” is possibly the saddest song on Where the Spirit Rests and it is another one of the highlights on an already superb album. There is a little bit of a late-period Townes Van Zandt feel in the track’s atmosphere. It is one of those songs that reaches out into the ether yet doesn’t grasp a conclusion. Eckman is searching and searching, but any kind of definitive answer is impossible to find. “Northern skies/Come alive/What do we really need to know?”

Where the Spirit Rests is presented with a beautiful album cover that captures the overall mood gracefully with a photograph of a dark mountainside that is mostly covered by low clouds. The mystery of the foreboding scene is expressed in the songs contained within the record’s grooves. There is darkness and light, hope and despair, unknowing and acumen. Eckman oscillates back and forth with mixed emotions as the songs unfurl. In spite of the accumulated dust and unease, there is still enough space to breathe, for the spirit to find peace. His honest reflections are stamped into these songs, creating an indelible work of art.

The record is officially released by Glitterhouse Records on the 4th of June. In North America, it is currently available via Seattle’s Drums and Wires Recordings, the label run by Walkabouts bassist, Michael Wells. Here is a link to where you can order the LP, CD or digital download. The pre-order link is active and awaiting your purchase.