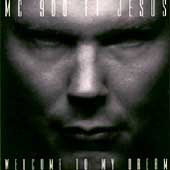 My iPod likes to make strange connections to real life while it shuffles away and today is no exception. Betsy Boston's blog post about WFNX reminded me about the days when that Boston station was a bastion of what commercial radio could be. The backstory: In my youth in Central Massachusetts, the alpha and omega of radio stations (for the cool kids) was a fairly low power, sort of DIY commercial station called 101.7 WFNX. Now, I have really clear memories of listening to WFNX when I was in junior high (circa 1990), barely grasping the signal out of the air on my silver boombox, and listening intently to their Top 10 of the week. At that time, WFNX top 10 consisted of such bands as, but not exclusive to, Meat Beat Manifesto, Pop Will Eat Itself, Nine Inch Nails (Pretty Hate Machine-era), Tracy Bonham, Juliana Hatfield, Stone Roses, Superchunk, Dinosaur Jr., Bim Skala Bim, the Mighty Mighty Bosstones (circa "Where'd Ya Go?"), and They Might Be Giants, among many many others.

However, one song that really caught my attention was the dark and seductive "The City Sleeps" by the mostly forgotten (these days), MC 900ft Jesus. Not only was that an excellent name, but the song itself was ridiculous. It was more or less a tale of a pyromaniac/arsonist on his daily run to burn something down. It has this sick, subdued keyboard line mixed with some record samples and a dirty, clanking beat (later sampled by U2 for the rhythm of "Daddy's Gonna Pay for Your Crashed Car"). It was almost more like spoken word over an early Massive Attack style background, but it was captivating (and #1 on WFNX for a number of weeks, I know that). Now, how many commercial stations these days would take chances like that? Not many, and I know that many of us late 20's/early 30's Boston natives lament the fact that WFNX is now a thing of memories (oh, it still exists, but as a skanky shell of its former self…sigh.)