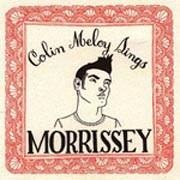 Being located on the East Coast is difficult, especially when one's heart lies somewhere between Pike and Pine, in an alley off 12th, inside an empty and discarded Cafe Vita cup. My heart is covered in stale and cold coffee. And I wouldn't have it any other way.

But I still check up on things. I read the Stranger and the Weekly online, usually to assuage the grief which accompanied my morning romp through the Washington Post. I also like to check out the websites of Seattle photographers William Anthony and Ryan Schierling. It's nice to catch glimpses of the Croc or EMP through someone else's eyes.

A couple days ago, I was perusing Anthony's website and came upon a photograph entitled "Ted Younger." In it, an old man, presumably Younger, stands on a sidewalk and strums a ukulele. Singing and smiling, old age weighs down his shoulders into a slight hunch. He is wearing a red flannel shirt and a khaki vest, and it's anyone guess what song he is playing. Whatever it is, it pleases the middle-aged man in the background, hand on cane, smile on face, about to toss a couple dollars into an unseen ukelele case or coffee cup.

The photograph captures not so much two individual people, but the bigger, grander idea about what makes music and art so necessary in life. The photograph gets to the gut of exactly that which matters in music — connection and attachment. Beauty and harmony are not always the most valuable or necessary qualities in a record, for, if they were, Robert Zimmerman would never have turned into Bob Dylan.

When Younger sings, it's hard to imagine anything resembling Sinatra's timbre coming out over the ukelele accompaniment. But Younger, by virtue of his connection to his city and the people in it, creates an intimacy; he has whatever that particular element is which makes us describe people as "grandfatherly."

Younger's music is not veiled with lush production or orchestration or modern arguments over the virtues of analog versus digital, digital versus analog. He is not playing the ukelele with a cello bow, or using some never-before-seen counterpoint in his tuning. Younger, street musicians in general, tear music down to its primary colors: The maker, the listener, the emotional connection between them. Without the latter, the formers are superfluous.

So it is not surprising that something like Colin Meloy's tour-only EP, "Colin Meloy Sings Morrissey" is as great as it is. Meloy, of Decemberists fame, recorded six Morrissey songs with just his nasally voice and acoustic guitars. No Johnny Marr brilliance like Morrissey had with the Smiths, and no accordions or keys like Meloy enjoys with the Decemberists. Just the lyrics of Morrissey, in a broken down form, over a broken down strum, a broken-nose voice. Meloy gave the recordings a no-nonsense title and put them in a no-nonsense plastic sleeve.

To fans of Morrissey and the Decemberists alike, the EP is a must have. It's packaged like a birthday mix cd, and presumably only those that go to the shows can buy the album. Thus the record has more of a connection to the listener than any Decemberists or Morrissey album. The listener, expecting Decemberists songs rather than Morrissey, saw the songs played live, has the memories, made the connection with the musician.

And really beyond all that, Meloy chooses excellent, slightly obscure Morrissey songs for the EP, adding to the "new" quality of the recordings. All are excellent in their imperfection — the guitars are not always precisely together, Meloy's voice cannot always carry the long vocal slurs that Morrissey could, but the warm coziness of something so broken down, the classic songs with such a living room recording, makes it one of the most comforting records to hear. The tracklist is as follows:

Have a brilliant day.