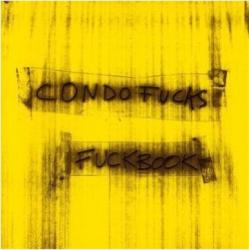 Exceedingly lo-fi (and almost inaudibly lo-fi at times), Fuckbook is a fast, fuzzy romp through 11 cover tracks that one can tell the group really enjoys playing. It has a certain "busted singing in the shower quality," but openly displays their encyclopedic knowledge. The tracks appear to be meticulously selected for cohesion in sound and tone, while still maintaining an air of fun and playfulness. Most all of the tracks had a garagey quality to them to begin with, and those that didn't benefit from the lo-fi garage treatment. One should not expect the classic Yo La Tengo sound. They even make a point to put a sticker on the packaging of the album that says "This is NOT the new Yo La Tengo album." The production quality and sound are much closer to the New Jersey WFMU Yo La Tengo is Murdering the Classics than anything else in their large and varied discography.

The result of the efforts of "Kid Condo," "Georgia Condo," and, um, James McNew is, to a certain degree, a mixed bag. By far, the best tracks are the stripped down, rocket- fueled Small Faces cover of "What You Gonna Do About It?," Richard Hell's "The Kid With the Replaceable Head" (the very best track on the album), and, surprise of surprises, "Shut Down," by the Beach Boys, with harmonization intact.  I have never been a Beach Boys fan, but if the Condo Fucks covered Smile, I think my head would explode Scanners style with glee. Kid Condo's guitar sears through all every track, squealing with feedback. Georgia Condo's expert work at the drum kit may sound garagey and unrefined at first listen, but her attention to detail and ability to keep a beat shine through, especially after one listens to the original version of a track. The only semi-disappointing track was the Troggs' "With a Girl Like You." Though it is always a delight to hear Georgia sing, her demure, sweet little voice had no place on an album this loud. The feedback from the guitar completely engulfed her vocals in feedback, and the louder one would turn it up to hear the vocals, the worse the quality of them became.

Fuckbook is a fabulous album for a side project. It feels like it scratches their itch to play fast and loose, to geek out a bit, and to play simply for the joy of collaborating with people they love to work with. It's short, sweet, and sloppy, and has very high replay value. Fuckbook? Fuck yes!