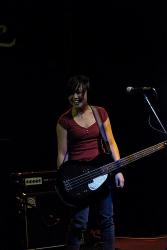 Connecticut Four at the High Dive

Connecticut Four is probably my favorite new band of 2008.

They are an all-girl three piece pop-rock band made up of members of bands I had previously enjoyed: singer/guitarist Meghan Kessinger was from the Bellingham band Racetrack, singer/bassist Cristina Bautista was in the band Paxil Rose (and was also a solo singer/songwriter) and drummer Valerie Brogden was from the teenage rock band Mechanical Dolls.

I was fortunate that I caught their (too) short set Friday night at the High Dive. Not an ideal slot (the first band on the day after Christmas and a day or two after the worst snow storm in recent memory to hit Seattle) but it was a very memorable set. I believe this was the second Seattle show they had played (after appearing at the Sunset a few months back).

Together, all members in their early twenties who appeared to be close friends who just happened to get together and form a band – and a very good one at that.

Connecticut Four took the stage about 9:15 and played for about twenty five minutes. Their songs are catchy, upbeat powerpop numbers that that had brought the crowd of about fifty or sixty to the front of the stage. Most of the audience was made up of friends or family of the band – lots of other musicians and writers were there in the crowd (including at least three other TIG staffers). I also think the parents of the rhythm section were in attendance. That and the band dedicating every song to someone in the crowd, gave the evening a comfortable feel that I’m not often accustomed to at the High Dive.

Kessinger’s loud, fast guitar parts worked well with Bautista’s heavy basslines. Kessinger and Bautista each sang lead on several songs, often rotating between one after the other and the other singer and drummer Brogden provided the backing harmonies. I tended to prefer Bautista’s harmonies because she has more range, sounding delicate in one song and loud and abrasive in another. The band was at its best with Kessinger’s jerky, Kinks-like guitar parts underneath of Bautista’s catchy vocals and lyrics. At times, they reminded me of the best punk bands with pop sensibilities (think The Go-Go’s or The Ramones).

CT4 finished the second half of their set with a song with the hilarious title “Get Off Me Dad, You’re Crushing My Smokes” and followed it with a cover of That Dog’s “Long Island” and my favorite song of theirs (so far) “If We Were Robots”. Overall, the band sounded great through the High Dive’s PA. One friend who has seen CT4 several times said it was the best show they’ve yet to play and I believe it.

I spent the past week avoiding going to shows because the bus service in Seattle was spotty and unreliable and because it was so cold outside and so warm inside of my apartment. Missing quite a few great shows felt like it was driving me slowly batty but I was glad to finally make it out to the High Dive to see a band I had been curious about for a while. Connecticut Four is a perfectly lovely young band that has a ton of potential and one which I hope to hear more from (and of) in the upcoming New Year. 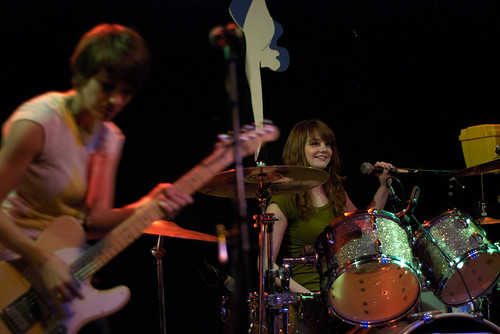 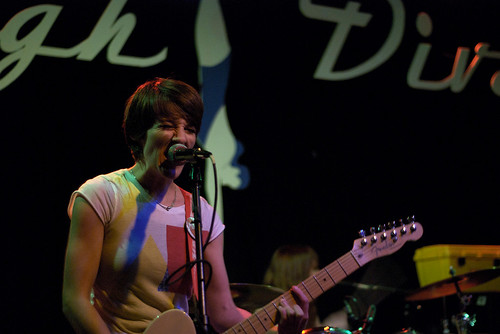 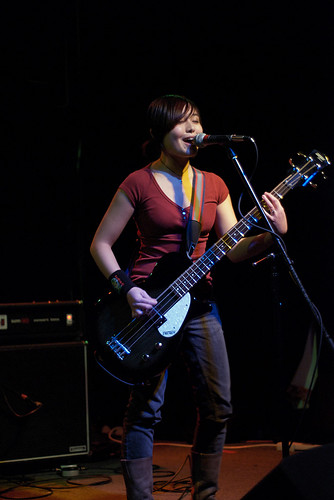