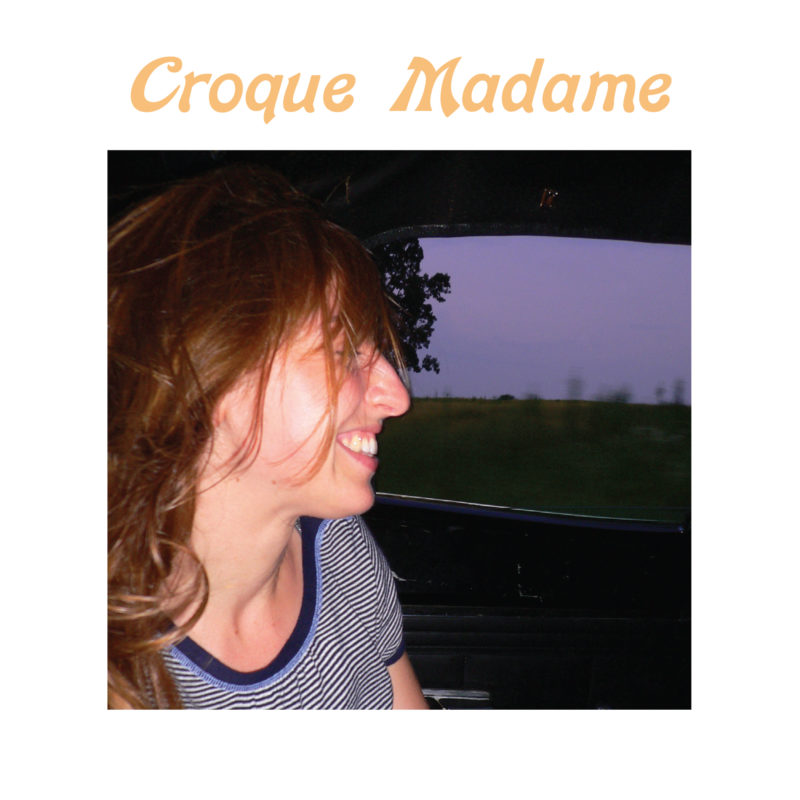 I was combing through the imaginary inbox this week when I came across this incredibly catchy French-pop gem called “Natation” by Croque Madame (best.band.name.ever.) featuring dreamy oohs and ahhs and stream-of-consciousness lyrics that would probably sound dumb in English but end up sounding MAGICAL, because, French!

At 1 minute and 49 seconds, this single is just long enough to get you hooked on their super-sparkly sound:

“Natation” isn’t the only good tune; the whole album is basically perfect. I got lost somewhere in-between the quiet la-la-las of opening track “Ebouers” and the bouncy party-anthem “Fete,” day-dreaming myself onto a beautiful Paris street, settling down at a café, and not realizing I wasn’t really there until after I finished my third cup. In short: I like the band Croque Madame as much as I like eating actual croque madames. Who are these beautiful people, you may ask? Croque Madame is a 3-piece featuring Rob Storey (Resonance FM, Orchestre Murphy), Dave Perlis (WFMU’s Night People, Hexa, Traiteurs Asiatiques), and newcomer Florence Raynaud delivering those captivating French vocals.

Unfortunately for us the band is split over 3 far-flung locations — France, UK and USA — so a tour isn’t going to happen any time soon. BUT Croque Madame’s full-length, self-titled debut is getting released on Emotional Response records September 19, and you can pre-order it from them right now! Two words: white. vinyl.