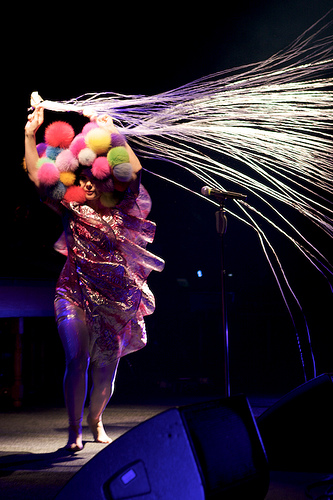 Is CSS's Lovefoxx taking her fashion cues from Bjork? Judge for yourself. 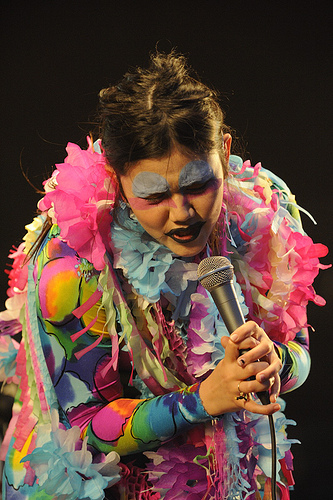 Lovefoxx and the rest of Cansei de ser Sexy (tired of being sexy) perform Thursday, September 16th at Neumos, along with Tilly and the Wall and SSION — who also have a (ahem) unique fashion style. Bjork is not expected.