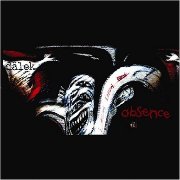 Since their conception, Dälek has been pushing the limits of what hip-hop is. Experimenting with beats, textures, and song lengths, they mix intricate arrangements with very intelligent, political and socially aware lyrics. With each release they get bolder in their attempt to spite the mainstream notion of hip-hop. Absence, Dälek's most recent release, takes a complex journey to the darkest corners of contemporary American life, and is possibly the most challenging hip-hop recording to date. It sounds as if KRS-1 and Thurston Moore were asked to record a soundtrack for Dante's seventh level of Hell.

Hip-hop was music born in poor urban centers and spawned by contempt and disdain for main-stream music/culture, a form of expression and a voice for those who previously believed they were mute. It provided an avenue for those who felt they had been ignored by the mainstream media. Then when it showed its ability to rally the disenchanted, disenfranchised, dissed youth — and of course, to sell records — things changed.

Now the genre has been welcomed and invited into the mainstream media. With this, it has been categorized and defined. Hip-hop has become the antitheses of what it once was. Everyone dresses, talks, and acts exactly the same. The boundaries are rigid and if you cross them, you risk losing your credibility. Most hip-hop artists are parodies of what the genre once stood for.

Newark, New Jersey's Dälek is an exception to this rule, and they just might be able to save hip-hop from itself. Since 1997 Dälek has released five EP/7" recordings and four full-length recordings, yet somehow they have been able remain relatively unnoticed despite constant touring and much love from the critics.

Dälek's sound has always been dark and complex. But with this latest release they have crossed a new threshold. Absence is filled with walls of feedback and urban noise. The vocals seem amorphous, yet the intensity and anger of the words still rise aboves the constant clamor of sound that, at times, overwhelms the listener.

Absence is a recording painfully aware of the racial hypocrisy that still plagues American culture. Poetic, insightful, enraged, graceful, awkward, and confused all at once, the release stays honest to the trepidation and perplexity of cutting edge artists. It thinks in a culture that wants nothing to do with thinking in any shape or form. The music is a swirling cacophony-textured sound that mimics the white noise that numbs the masses. The lyrics are cutting — painfully aware of what corporations have done to hip-hop/African American culture in order to make a buck. The opening track "Distorted Prose" is a blistering lambaste of corporate appropriation of a subculture.

"Never mind of who I am, son, just listen when I speak
Broken paragraphs hold wrath of a hundred million deep.
Bleak circumstance led masses to only want to dance
A bastard child of Reaganomics posed in a B-Boy stance
Make our leaders play minstrel, left with none to lead our people.
How the fuck am I gonna shake your hand, when we never been seen as equals?"

From start to finish, Absence is an onslaught of noise and cutting words that will challenge the listener. It's one of the best hip-hop recordings I have heard, and is easily one of the better recordings to ever find me. To simply relocate Absence to the genre of hip-hop would be to miss the point entirely. This record is one of the most important pieces of art to be created in recent years, and like any good work of art, it will challenge you and potentially reinterpret your world, if you let it.