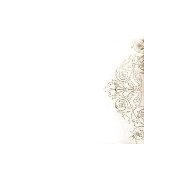 And Now That I'm In Your Shadow

You have to be in the right mood for quiet, singer-songwriter music. Honestly, I'm not sure I can quantify what that mood is, in fact, but when it arrives, I know it. Those lonely nights when suddenly an old Elliott Smith tracks bubbles up through the shuffle and you decide that the best course of action for the rest of the evening is assess, track by track, the entire Smith discography. It happens (well, to me at least), no explanation, no way to tell when it will begin or end.

Damien Jurado falls clearly in the camp of singers that might be deserving of a private retrospective late one night and his latest And Now That's I'm In Your Shadow weaves a web of quiet country and fold influences ballad following the lead of Nick Drake, Gram Parsons and Mark Eitzel.

And Now That I'm In Your Shadow culls songs from the On My Way to Absence (2005) sessions, marking his third full-length for Secretly Canadian, a haven for other quiet, introspective indie-folkies like Songs:Ohia and Jason Molina (well, one in the same I guess). If you're looking for a pick-me-up album, I might advise you do the opposite with …Your Shadow, however, if you're in the market for heartfelt, bare songs, this is for you.

This is apparent right off the bat, with the sparse guitar and violin on "Hoquiam." Jurado's voice quivers over the music, making it impossible to ignore like a beggar on the streets as Jurado sings "were you faking death to only gain concern?" It sets the mood for the entire album. The modern alt-country feel is apparent on "Denton, TX," a richly textured track reminiscent of other neo-folk singers Bright Eyes (sometimes) or Mark Erelli.

There is a tendency for Jurado's voice to shudder with such emotion you can't help but be reminded of Will Oldham, especially on "I Had No Intentions" and "Shannon Rhodes" that not only have the bleak sound of Palace, but also the tale of the tragedy to go with it. One of the best examples of this is "There Goes Your Man," where the Palace sound is augmented by an Nick Cave-like mood that combines with such ease you wonder why Oldman and Cave haven't worked together yet. "Gasoline Drinks" continues the bleak moods, with Jurado singing now is the time to say all I wish I could have said over part soft guitar and part funeral dirge. There are some interesting sidetrips on …Your Shadow, such as "What Were the Chances" where an odd electronic (well, Casiotone) beat drives the song. It seems to work, but has a little bit of a hokey feel to it.

The closing song, "Montesano" is more of a mood piece in the vein of Us-era Peter Gabriel and works surprisingly well considering its dissonance with the sound of the rest of the album.

And Now That I'm in Your Shadow exhibits the excellent song-writing skills of and indie-folk veteran Damien Jurado. The entire album has a bleakness that makes it excellent for those times of self-reflection, but is engaging in so many places that you want to listen to it even if you're not feeling like holing yourself up in a cave for a week. It is the sort of disc that might carry the disclaimer "do not drive or operate heavy machinery while listening," but honestly, when you're in the mood for Damien, you probably aren't running a lathe in the first place.