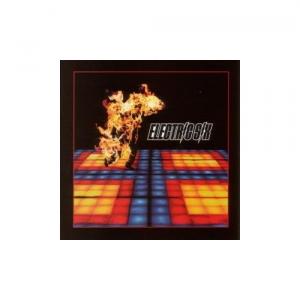 I have had the unique honor here at TIG of review not one, but two Electric Six albums and as craptacular as both of those outings for the band have been, it still doesn't reduce my love for this song. And to think, my relationship with "Danger! High Voltage!" started with abject hatred (even if it was recommended by Betsy Boston) – the song sounded like bad funk-rock and featured poor ol' Jack White whoring himself out for something like $60,000 to howl some backing vocals. Trainwreck if ever I heard one, but like most accidents, I couldn't look away and lo and behold, within a year, I couldn't stop listening to the damn song. For the longest time, it brought me shame but now I can wear it like a badge of honor for no apparent reason other than I seem to have lost my musical shame now (which might explain why I have no problem defending R. Kelly & Usher).

I mean, honestly, who writes lyrics like "fire in the disco/fire in the Taco Bell/fire in the disco/fire at the gates of hell!? If that's not the work of some deranged, misunderstood genius, I don't know what is. I mean, Dick Valentine has so much genius in merely his little pinky he should really be forging peace to the Middle East, balancing the budget and bringing K-Fed and Brits back together rather than wasting his time by making ridiculous pop music. That's just how genius it is. *Sigh*.

If only he had a proper vocational guidance counselor when he was a kid, then we'd all be lavishing under the warm glow of his justice.