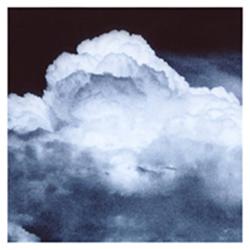 Sometimes pathos is unbridled and relentless, something dangerous and out of control that scares us. Try as we might to look away, we can't. Other times it's fragile, something slow and soft that breaks us more like a virus and less like a hurricane. Over the past week, I've been listening to The Lake Effect by Daniel G. Harmann and sorting out the sounds, cathartic and beautiful with pathos of the far more subtle variety.

The opening track "Location is Everything" is breathtaking in its longing. Harmann's vocals are tender and soft. He also has a gift for chord selection, exhibiting a deceptive simplicity of the structure in his writing. The second track comes in with a bit more urgency then the previous one, and it becomes obvious that Mr. Harmann is a gifted songwriter who finds splendor in dark corners and empty rooms. His use of negative space gives many of the songs a dreamy, ethereal quality. "Fade in/Fade out" resonates with a lovely piano line (played by Lesli Wood) that expands unchanging over six minutes.

So now you might ask, "Say mister, what's the catch?" To be honest, the album begins to drag. These songs could have percolated a bit more, as they seem a bit hasty as a finished product. By the time "Fade In/Fade Out" fades through my speakers, I usually find that feeling — the one that I previously couldn't fight — has evaporated. Many of the songs lack dynamics within; other instruments have to do something to create hooks to prevent the sound from stagnating… but they don't. This may sound odd, but Harmann relies too much on his talent.