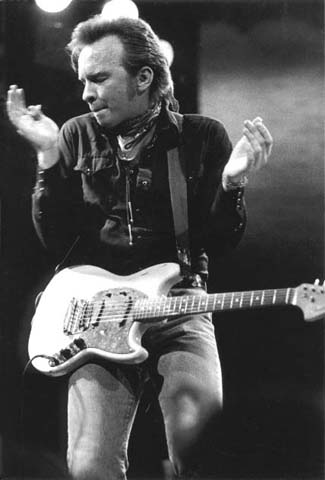 Dave Alvin is headlining a benefit for the amazing Susie Tennant at the Tractor {tonight!}

{Dave Alvin, Christy McWilson, Kasey Anderson, and Andrew McKeag are playing a benefit for Susie Tennant on Tuesday, October 11, at the Tractor Tavern.}

Susie Tennant is an incredible lady, having helped the Seattle music community in a gazillion different ways: from promoting Sub Pop artists with the verve and creativity of the artists and the owners of the label, and more recently running amazing literary and related events at one of Seattle's best night-life venues, Town Hall. She had recently been struggling with cancer therapy, and while things are looking great there's still a ton of medical bills. So giving back to Susie continues after the big Nirvana Live bash at the EMP (where dozens of local musicians helped out covering songs from the DGC album she publicized), with the next leg being tonight's must-see benefit show at the Tractor.

This will be a benefit I personally won't miss, as it is headlined by one of my favorite musicians of all time, Dave Alvin. You have to understand, and I can only quote Danny Bland {one-time Sub Pop co-worker of Susie's and guitar player for Catt Butt, Best Kissers in the World, and Dwarves guitarist} on this — that Dave Alvin was in (and the primary songwriter for) the greatest band in the world: The Blasters. This was a rockabilly group signed to Slash back in the day of X in the early 80s, and their self-titled album and protest-driven Non-Fiction on that label are in my all time top twenty LPs. I was living in Hollywood in those days and the well-played sweaty revelry they inspired has never been quite matched at any other shows I've attended. Traditional musicians set loose in the cultural labyrinth of punk, they gave the scene rocking authenticity and more musical strength in their downtrodden upbeat anthems than any new wave dance band could muster.

Well, Dave has been on the road forever and put out many albums — and though The Blasters days are behind him he has just released an extraordinary new solo album, Eleven Eleven, which is getting tons of well-deserved raves. Songs about low rent saviors, trapped young ladies needing release from a bad life, and bad relationships of all sorts get exorcised here, but the best parts of it are Alvin's smooth as the very best fucking bourbon voice (it really has matured marvelously, whoah) and his pin-sizzling lead guitar work.

Perhaps the high point for me on Eleven Eleven is the argument on he has with co-leader of The Blasters — his brother Phil, who crooned as deftly as Dave wrote the tunes and played the guitar in the original line-up of that band — their first duet ever, near the end of the absolutely autobiographical and truly meta "What's Up With Your Brother?" But naw, really: This thing is aces throughout. "Harlan County Line" from the excellent modern Western TV show Justified is here too, and its cask-saturated charms are obviously the reason it's been Dave's biggest hit in a while. There's great stuff is spread over all of the long player too, from the shocking bio of a possibly suicidal seminal rocker Johnny Ace, to the dance with the devil deep SW story song "Murrieta's Head." Crisp storytelling, and it can't be stressed enough that Dave is really giving his brother a good run in the department of vocal chops.

So for good old bluesy, folksy, rootsy marvelousness for an awesome cause: come out and soak in the beauty of Alvin's craft, and help out a wonderful lady who is as much a fighter and an angel as the best objects of adoration in Alvin's timeless tunes.

{Photo of Dave Alvin with the Blasters back in the day courtesy of Anita Maffei, BostonPhotography.com.}