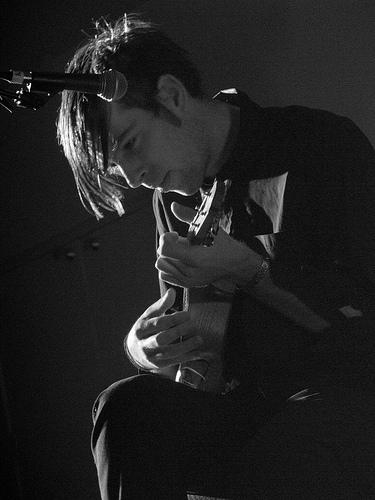 Seattle’s avant-pop/punk-jazz innovator Jherek Bischoff knows how to throw a 30th birthday paty for himself — and put on a great big show for us!

“Local composer, musician and producer Jherek Bischoff has, for the last several years, built a staggeringly prolific reputation both nationally and internationally as one of Seattle’s most indispensable and talented musical artists. He has been a full-time member of The Dead Science since its inception, served a long tenure as bassist and composer for local experimental musician talent factory Degenerate Art Ensemble, toured in Xiu Xiu and Carla Bozulich’s Evangelista, and consistently worked as a player, producer and arranger for Jason Webley, Parenthetical Girls, and Casiotone for the Painfully Alone. His efforts have led to many unique and wildly varied opportunities in his musical life, including numerous grants and residencies, composing for a 45 piece ensemble as part of the Degenerate Art Orchestra concert at the Moore Theater, opening for the Foo Fighters in Hollywood, composing epic video game music, and embarking on countless tours across North America, Europe, and Australia.”

“Ribbons is Bischoff’s own project, its debut titled Royals coming out in Europe. The Sept. 11 Town Hall concert will “serve as a preview of sorts to Jherek’s next solo record: a massively ambitious, years-in-the-making album of meticulously arranged and multi-tracked orchestral music. Featuring a host of Seattle’s greatest musicians (as well as avant ringers like Deerhoof’s Greg Saunier and violinist Carla Kihlstedt, the record spotlights different guest vocalists on each track—a staggering lineup that including the likes of David Byrne, Mirah, Carla Bozulich, Craig Wedren, and many others.

The Town Hall concert will have some of these musicians who have contributed to the Ribbons’ album, “as well as some of the vocalists flying in from out of town to perform and celebrate the life and work of this prodigious young man. It will truly be a night to remember.”