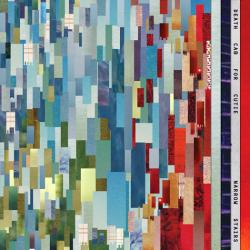 A couple winters ago I was home in Seattle, visiting for the holidays. One evening I headed down to the Crocodile to take in a leisurely Long Winters set. Josh Rosenfeld, president of Barsuk Records, was there, and we chatted briefly about favorite Death Cab for Cutie records, the band having left their home at Barsuk for Atlantic during the last year.

We came around to talking about Plans, which had just been released a few months before. I made a face and said I wished the band the best of luck, but I didn’t think it came close to Transatlanticism. I have a theory about Death Cab’s records, I told him. They take a record to figure things out, and then on the next one they get it right. Something About Airplanes was the record they had to make to figure out We Have The Facts And We’re Voting Yes. They had to make The Photo Album to get to Transatlanticism.

I believed Plans was just another transition record. Whatever came next would be their best yet.

I’ve been listening to the pre-release stream of Narrow Stairs more or less incessantly for the past week, and I’ve yet to find the thread connecting these songs together as an album. Whereas Transatlanticism bled together almost seamlessly, losing momentum only in the filler track, “Death of an Interior Decorator,” the songwriting on Narrow Stairs feels disjointed and incomplete, a record composed entirely of filler tracks. It’s as though Ben Gibbard, when he retreated to Jack Kerouac’s cabin at Big Sur to write the songs, spent too much time hiking and found himself suddenly pushed up against a deadline.

The first track, “Bixby Canyon Bridge,” deceives us into believing the rest of the album will be just as good. After an arpeggiated, classic Death Cab guitar opening, the distortion kicks in and announces this new, rockier sound we assume will be carried through on the rest of the record. But they only make good on this claim twice more: with “Cath…” (easily the record’s stand-out track), and “Pity and Fear,” which finally brings a return to the kind of building guitar rock they hinted at with their 2004 contribution to the Future Soundtrack of America compilation, “This Temporary Life.”

I’ll hand it to Chris Walla—this production lacks nothing. Sonically, Narrow Stairs sounds fantastic, and the rhythm section of Nick Harmer and Jason McGerr play as well as they ever have. It’s Gibbard who seems to drop the ball. For a songwriter known and loved as much for his lyrics as melodies, the words never reach the level that, frankly, his listeners have come to expect. Gibbard relies on easy metaphors—thinning ice as a symbol of a failing relationship (“The Ice is Getting Thinner”), sunlight standing for unattainable past happiness (“No Sunlight”), and impending California wildfires bringing with them impending “burns” (“Grapevine Fires”).

On the aptly titled “You Can Do Better Than Me” Gibbard takes a just-say-it-straight approach: “You can do better than me, but I can’t do better than you,” accompanied by a full orchestra that’s absent from the rest of the record, making its presence here seem nothing but two minutes of cheap kitsch that leaves you wondering, “What the hell was that?”

And let’s be honest about the single “I Will Possess Your Heart”: “You gotta spend some time, love” can’t hold up the weight of an eight-minute tune like “I need you so much closer” could (and did).

Narrow Stairs does hit the target a couple times. But these moments seem more or less unrelated, and thus the moments of transcendence come off as almost accidental. As said above, “Bixby Canyon Bridge,” “Cath…,” and “Pity And Fear” excel above the rest, and those three alone justify the purchase of the record. Lower your expectations just a little, and “Your New Twin Sized Bed” will serve nicely as a summer driving tune (and likely the second or third single). It would have fit in nicely on Plans, in fact. Likewise, “Long Division” plays as an attempt to recreate the sing-along fun of “The Sound of Settling”’s “bah bah” refrain with “oh oh oh” and “to be a remain-, remain-, remainder!” But you know what? It is fun!

The problem with Narrow Stairs rests in the expectations we’ve come to have for Death Cab for Cutie. This record will not discredit their reputation as an excellent rock band, and it puts forth three great candidates for a future Greatest Hits compilation, which can’t be too many years away. But three out of eleven? Perhaps Death Cab’s reached that point that most excellent bands eventually reach after six albums, where fans are going to have to settle for them batting under .300 from now on.