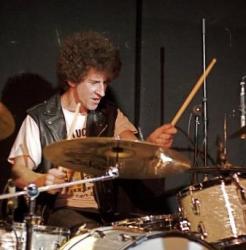 A Night Out With…The XYZ Affair, Jukebox the Ghost, and Morning State

Saturday night at New York’s Mercury Lounge featured an impressive line-up of four bands on the cusp of breaking out.

Due to the craptacular subway system, FAB and company arrived at the venue just in time to miss the first band, Philadelphia’s The Swimmers. (Apparently F train stands for really FUCKING slow train.)

And that’s pretty much all we have to say about that (Sorry guys!).

This last year has been a stellar one for Atlanta’s Morning State, including much-hyped and well-received performances at last year’s CMJ Festival and this year’s SXSW Music Conference. Unfortunately, New York City seems to have missed the memo on this one, and the band played to only a smattering of fans. Despite a respectable showing, Morning State was unable to bring a performance of the ass-kicking caliber we’ve had the sheer pleasure of witnessing on their home turf, the kind of show that makes you wonder if these new fangled ear plugs you've got are shoved deep enough into your ears but really what does it matter? let's rock! Though they have yet to consistently bring their full-throttle A-game to the more anemic crowds, this unpretentious four-piece delivers solid and, at times, mind-blowing indie rock without the tiresome hipster hoodyha. Their album You Know People I Know People is available for sale on iTunes and other fine internet stores.

Set List:
Hurry, Hurry
That’s Quite a Rash
Sad is When I’m Driving
Never So Strange
Oh Yeah
Grown Up
Out for a Walk
Give Out
Push the Color
Spectacular

The night’s hands-down winner turned out to be Jukebox the Ghost. Because FAB has been occupied for much of the past year playing Scrabulous and eating tacos, this show at the tail-end of a tour with headliners The XYZ Affair was the first time we’d gotten wind of this delightful trio of GW grads. And the real star of the night was keysman and vocalist Ben Thornewill. (Actually, if we're gonna be totally honest here, the real hero of the night was the club located next door to the Mercury Lounge. After careful observation of the parade of shitcanned bachelorettes entering and exiting all night, FAB can only conclude that said establishment is host to a raucous live show featuring impossibly attractive men in varying stages of terrifying nudity. Extra kudos to the bachelorette slumped totally unconscious in the minivan double parked directly outside the Mercury Lounge. We hope you made it, and we don't just mean to your wedding, sweetheart.) My compadre and I agreed that Ben's sheer charisma and oh-my-god-check-out-his-face, uh, facial expressions alone were clearly worth the price of admission. But a few funny faces and a piano-driven sound (superficially) comparable to Ben Folds do not begin to account for the sheer pleasure of hearing and seeing this lyric-heavy, quirky, poppy, whimsical threesome. Their debut album, Let Live and Let Ghosts, was released a few weeks ago and is available in stores, on their MySpace, and at shows. Check them out and let the music speak for itself.

Despite the danger of being upstaged by their supporting band, The XYZ Affair did not disappoint. From the moment they took the stage, the Bushwick-based foursome proved why they are one of the must buzzed-about bands in the vast multitude of buzzed-about bands coming out of Brooklyn these days. These guys are more than just anthemic powerpop and harmonic fluff; frontman Alex Feder is a natural performer who boasts, among other things, a respectable falsetto, and all four bandmates have the presence, poise, and sheer musical chops of a far more established act. Their sound is accessible enough to reach well beyond the claustrophobia of the indie music blogosphere, YouTube, and a few esoteric record stores, so FAB hopes to see The XYZ Affair headlining bigger venues in the next year. Their debut release, A Few More Published Studies, can be purchased on their MySpace, webpage, or at shows.